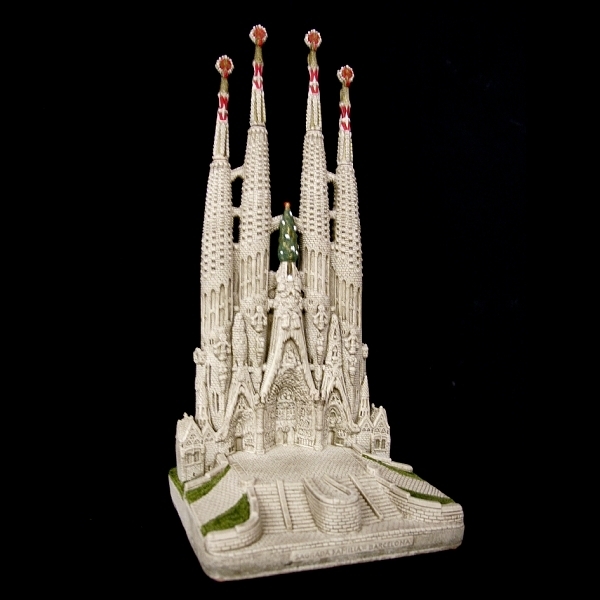 Model of Gaudí’s Sagrada Familia, made of stone reconstituted with resin.

Gaudi’s Sagrada Familia, Barcelona. This was undoubtedly one of the most ambitious projects of the Catalan architect Antoni Gaudí (1852-1926), and he dedicated a large part of his life to it, as he was in charge of the works from 1883 until shortly before his death, even living in the workshop. The modernist master interpreted the project within a neo-Gothic movement, although it was conceived in such a personal and colossal manner that it escaped all consideration, remaining unfinished at his death.

The façade we are contemplating here, the Nativity façade, is undoubtedly the most monumental; erected between 1909 and 1926, it corresponds to the end of one of the arms of the transept and in it the mysteries of joy are captured.

In addition to its proportions, it is impressive for its naturalistic modelling and the profusion of its architectural sculpture with a multitude of plant motifs and dozens of sculptures. In short, it is a clear exaltation of light and landscape, a fusion of architecture and sculpture.