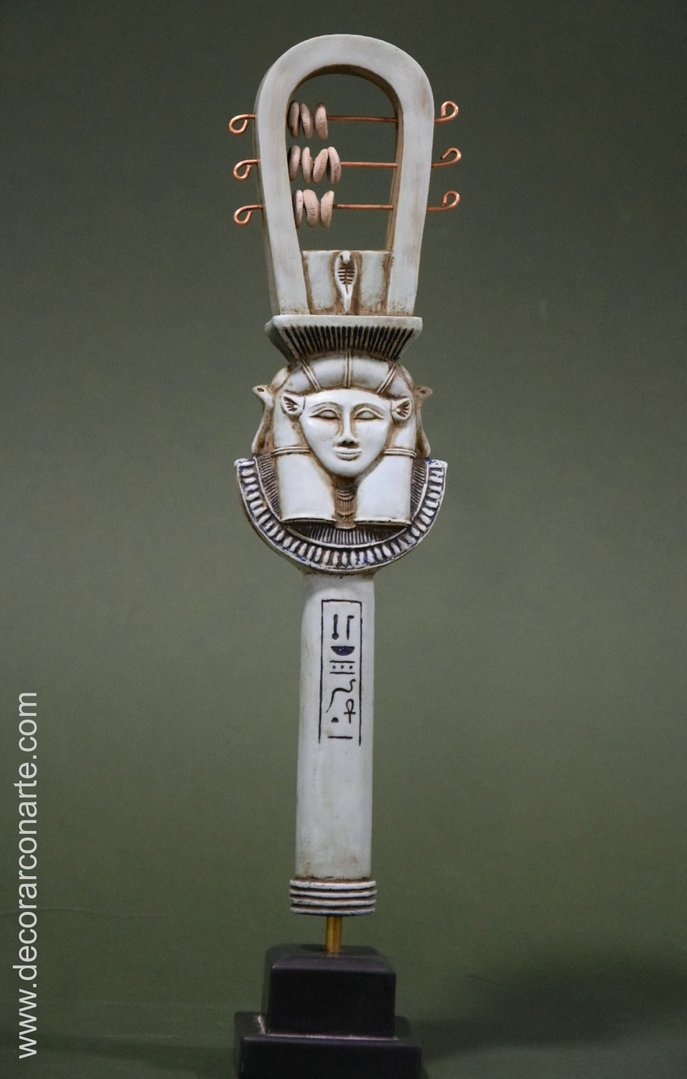 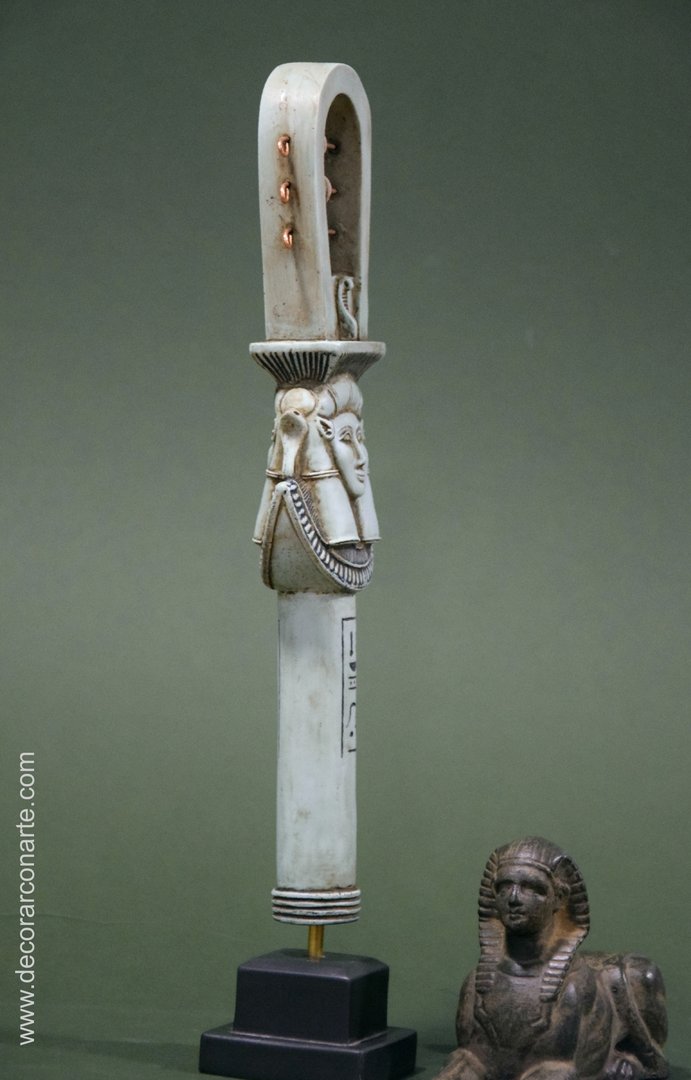 Reproduction of Egyptian Sistrum (Sechen) from photographs, made reconstituted marble (marble with resin powder). The represented goddess is the goddess Hathor

Measurements with base: Height: 39cm.

The Sistrum be removed from the base to be used.

This reproduction is basasa in the Sistrum (sechem) original of the National Museum of Malawi, rated the No. 89, whose upper part was restored. It is one of the pieces missing in the destruction of this museum by radical Islamists, in August of 2013.

Original in blue faience of 33.5 x 8,5 cm. The inscription on the handle reads: “Beautiful God Lord of the two lands eternal life”.

The Sistrum was a ceremonial musical instrument used by the priestesses. There were two types, called sechem and the sesheshet. Both associated with the goddess Hathor, although also used in the worship of other deities such as Amon and Isis.

The lilting sound that provided recalled the whisper of the Papyrus stems shaken by the wind. Its melody was liked to the gods and dispelled evil spirits.