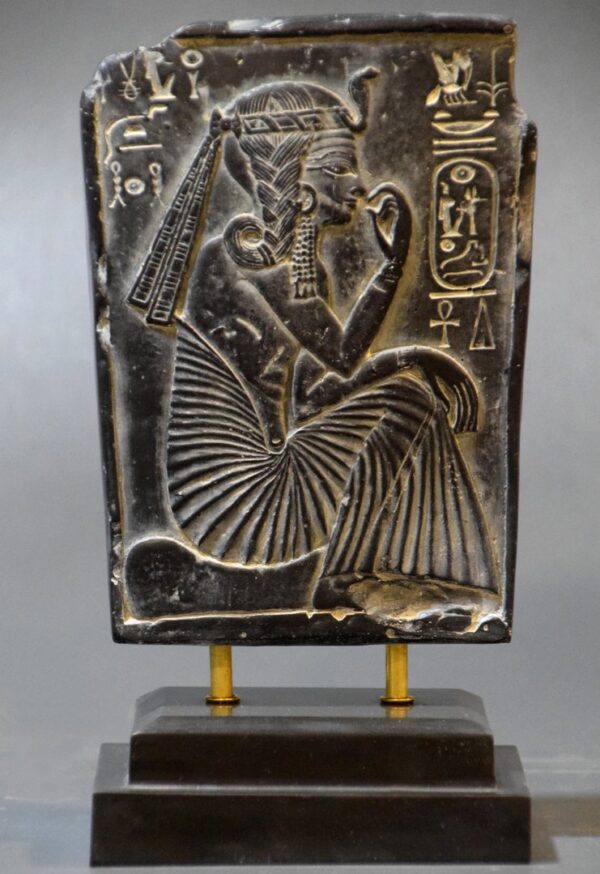 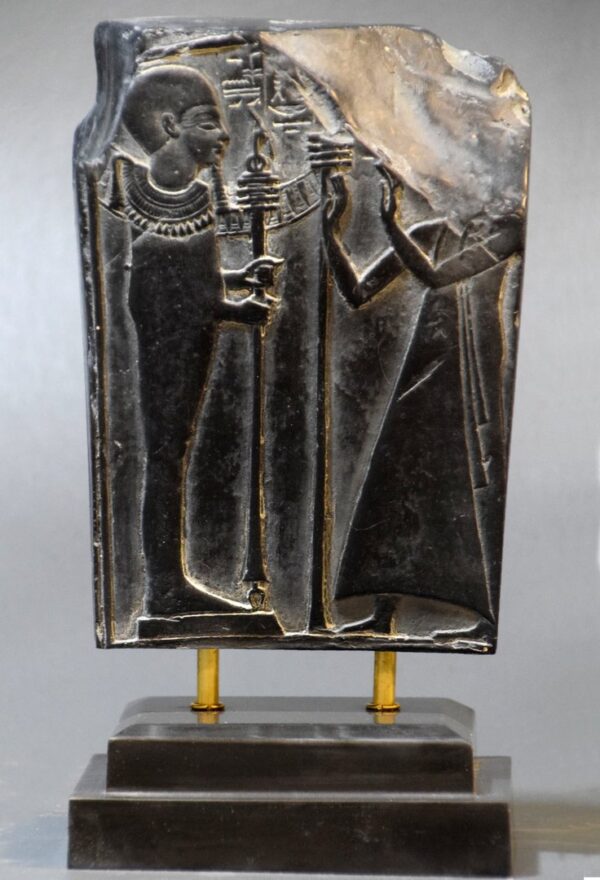 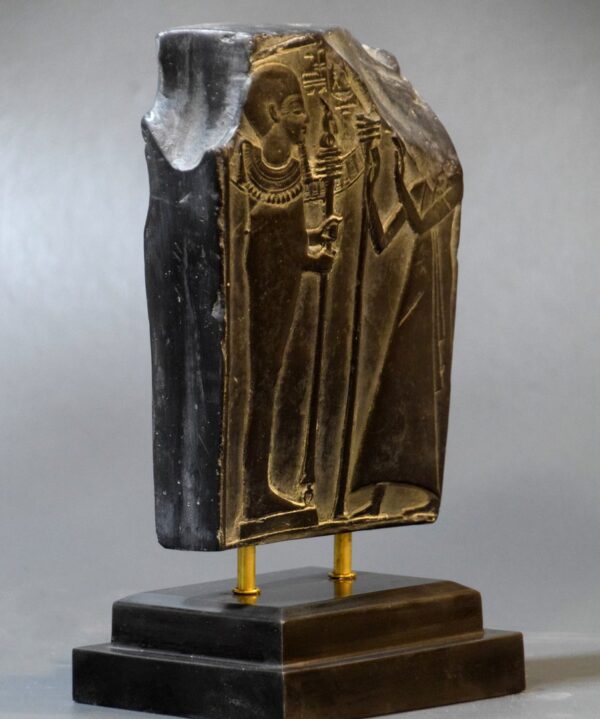 Figure made of reconstituted marble (marble powder + binder). Finished with an aging patina.Measures

Reproduction of the Stele of Ramses II depicted as a child, which is in the Louvre Museum.

Ramses II (19th Dynasty, c. 1303 – c. 1213 BC) is one of the most famous kings of Egypt, and one of the longest-lived, living for 90 years, of which he ruled for around 60. His reign was Egypt’s last period of splendour, with his successors began a progressive decline. He was a warrior king, facing the Hittite Empire in Syria. He was also noted for the great buildings that were erected in his time, the best known being Abu Simbel.

In this stele Ramses appears with the characteristics with which the Egyptians represented the children: the shaved head except a braid and taking a hand to the mouth, wearing in addition the royal diadem with the Ureus or cobra. On the other side of the stele the god Ptah is recognised, as well as another figure that cannot be identified as the upper right-hand corner of the original piece has been destroyed.