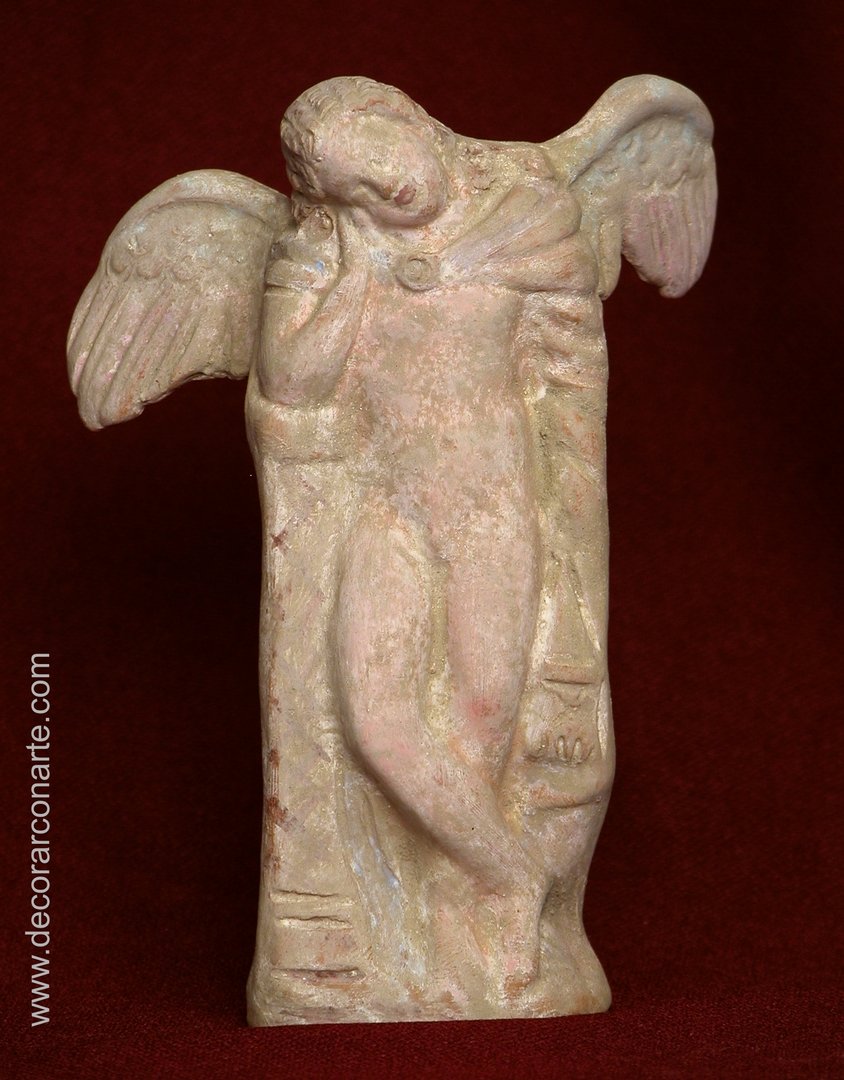 Reproduction of a ceramic figure of the tanagra type. Height: 13 cm.

This figure represents the winged Cupid, the Roman god of love, the Greek Eros.