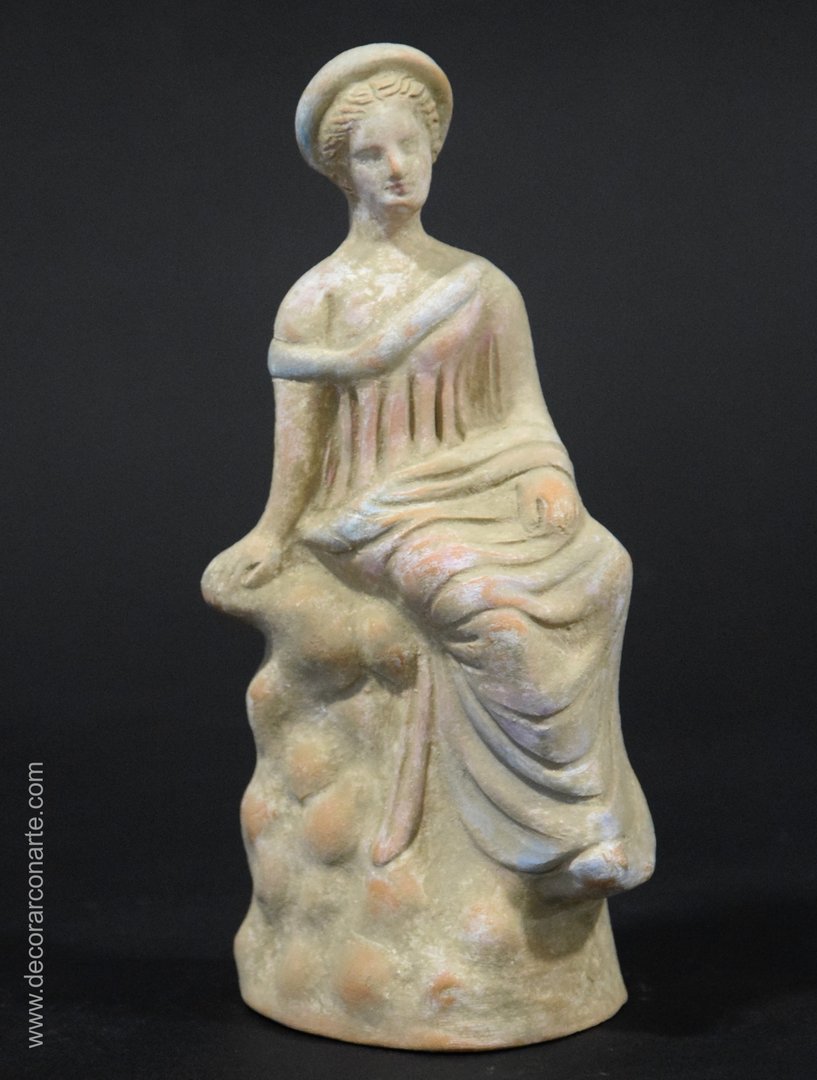 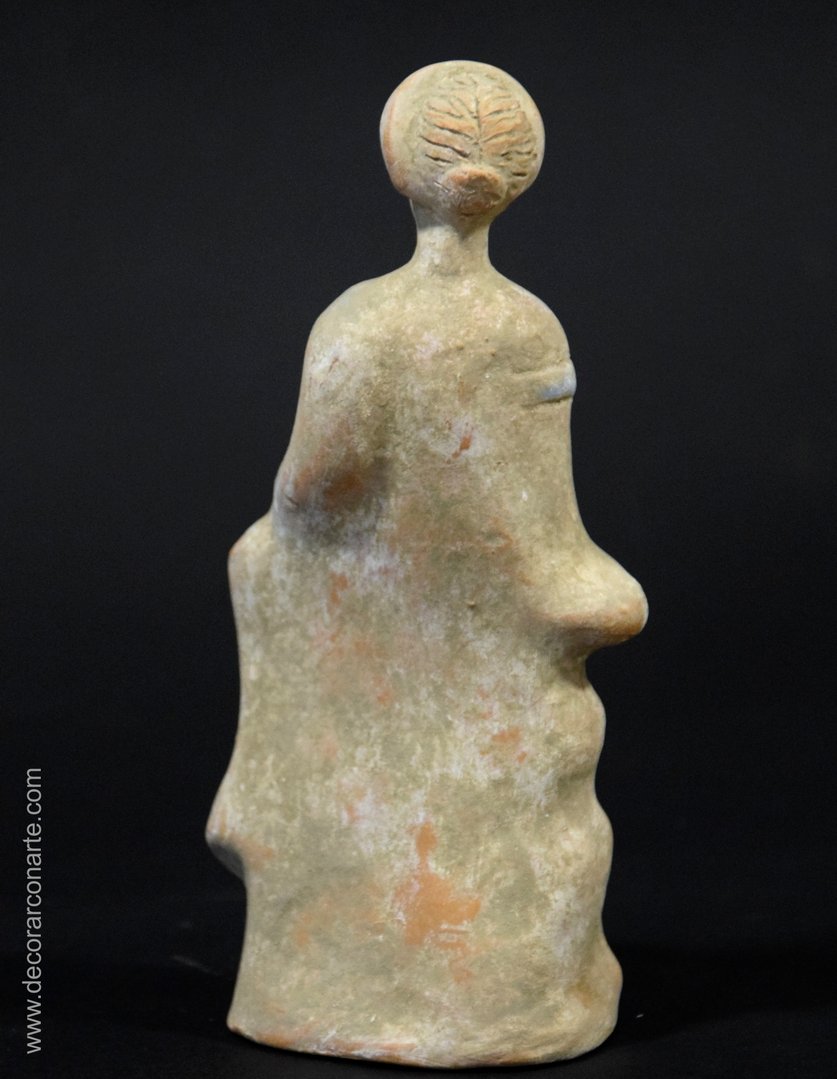 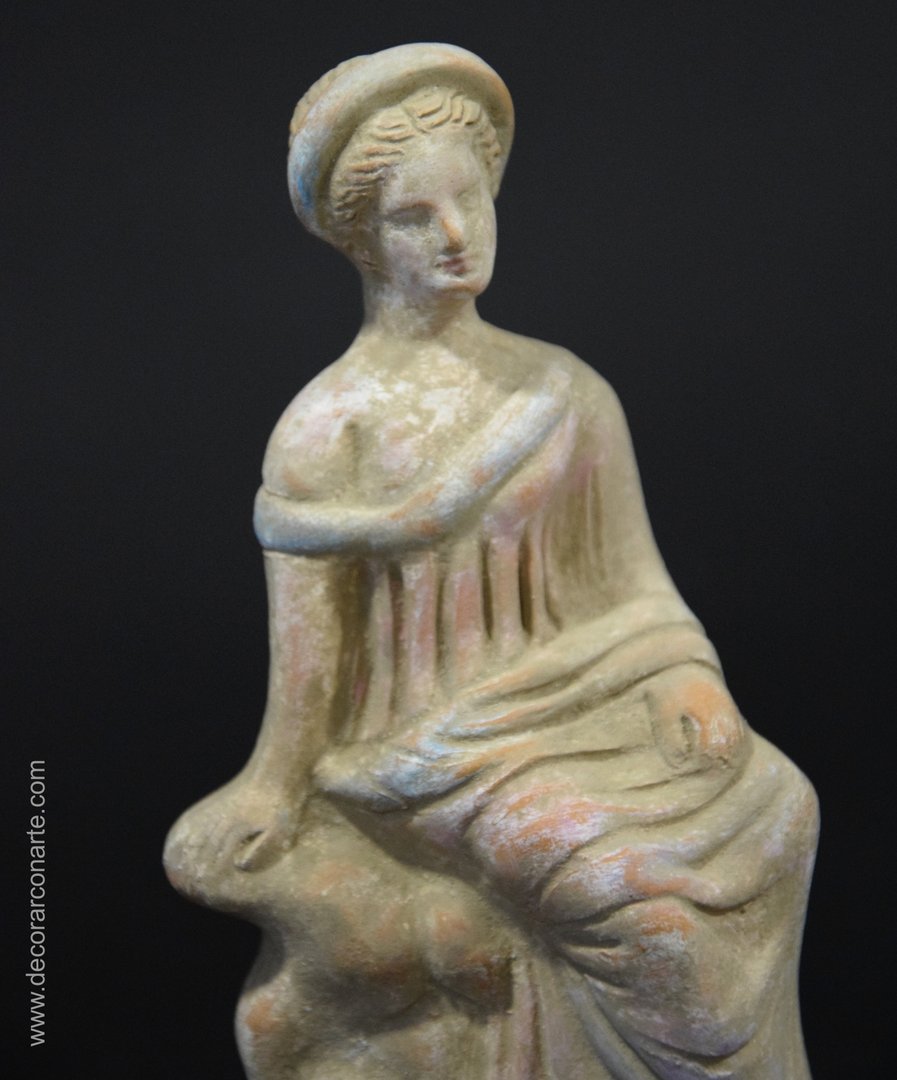 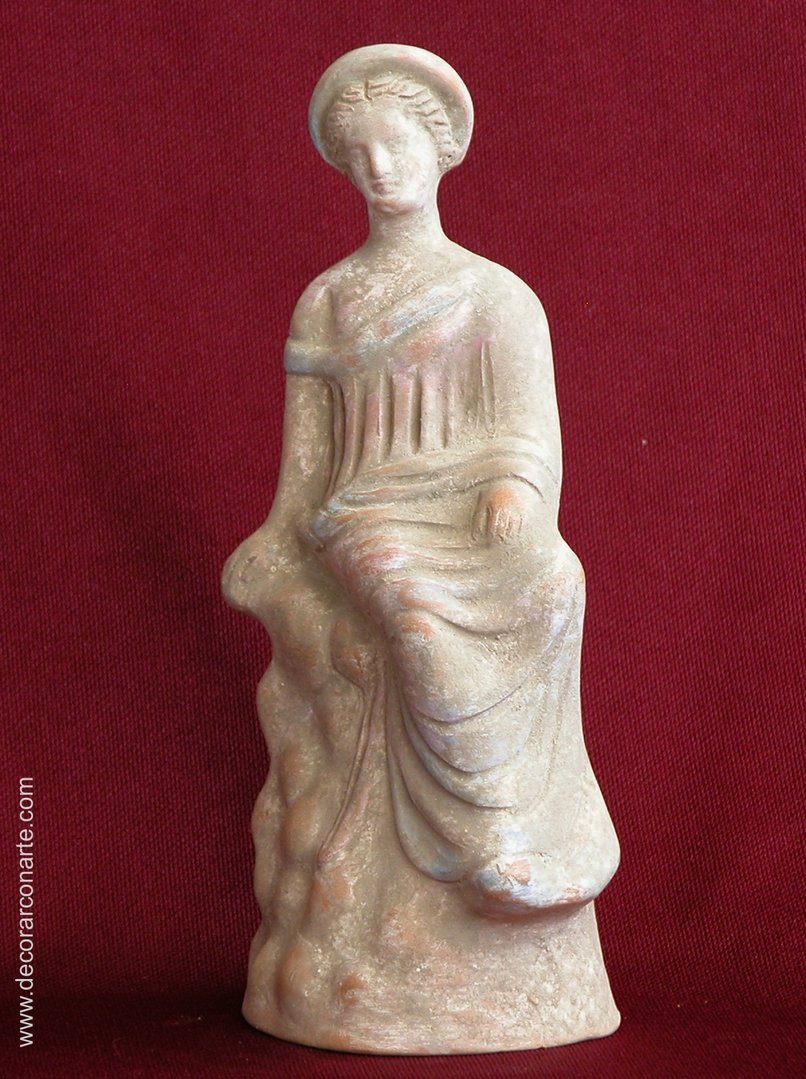 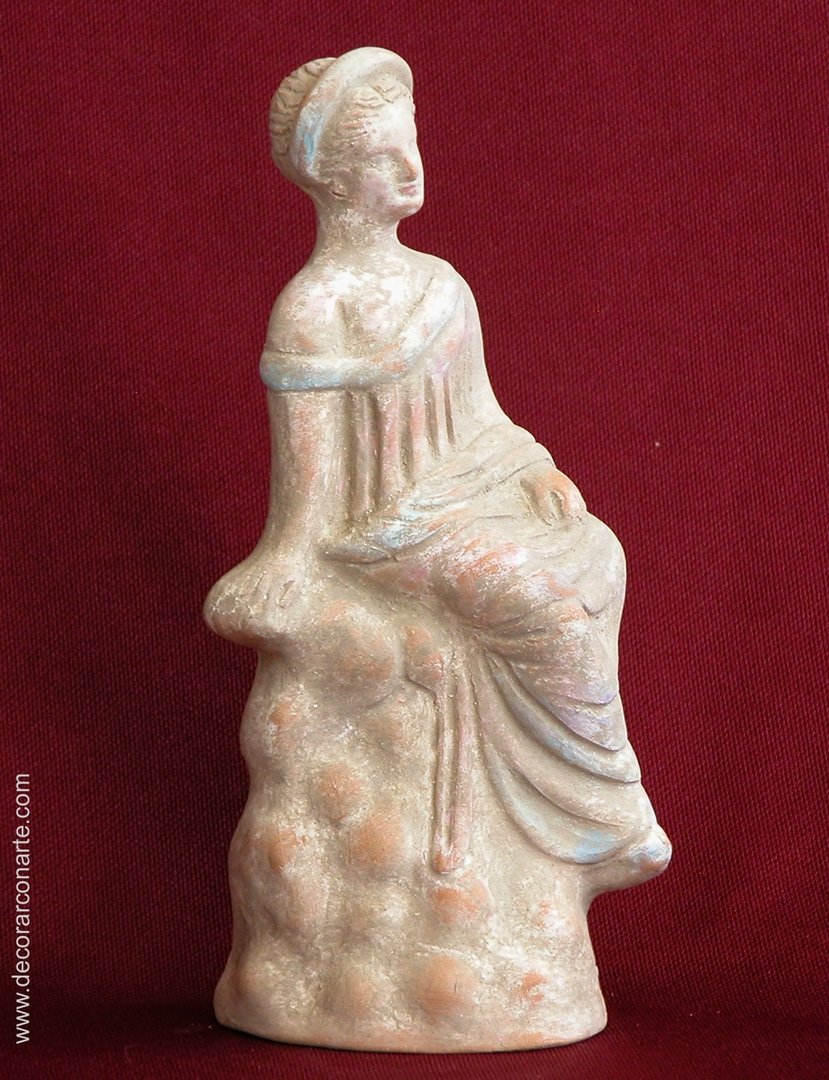 Reproduction of a ceramic figure of the tanagra type. Height: 18 cm.

This figure represents a Greek woman seated on a rock.

The reproductions of Tanagra, which we present, are of great beauty and quality. Faithful replicas of originals figures made ​​in terracotta, polychromed and aged to give them the look that appears after course the centuries.

The Greek terracotta called “Tanagra” are polychromed ceramic figures of small size, which were very valuable objects in the Greek world from the late fourth century BC up to the end of the third century before Christ.

These small statues of great elegance and subtle beauty, were made ​​in the Athenian workshops and it was a coincidence that the first pieces were discovered in Tanagra, from which they received their name.

Be the first to review “Tanagra. Lady on Rock. 18cm” Cancel reply