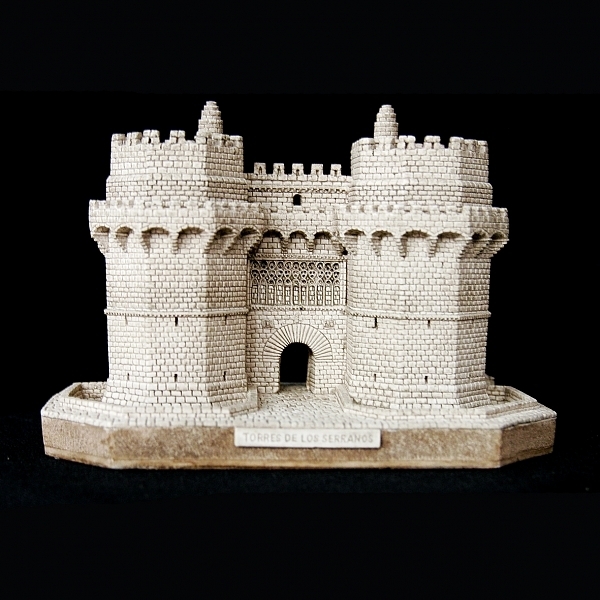 Model of the Serranos Tower in Valencia, made of stone reconstituted with resin.

The growth of the city and the threat of attacks by the King of Castile led to the construction of a new walled enclosure in 1356, which included the area of the suburbs. Forming part of this wall was the Serranos Tower built by Pedro Balaguer between 1392 and 1398.

It is a monumental gate opened between two three-storey polygonal crenellated towers. The defensive nature of some of its elements coexists with the purely ornamental nature of others. This explains the Gothic decoration on the outer front and the coats of arms of the former kingdom that stand above the entrance arch. It was restored in the middle of the century.