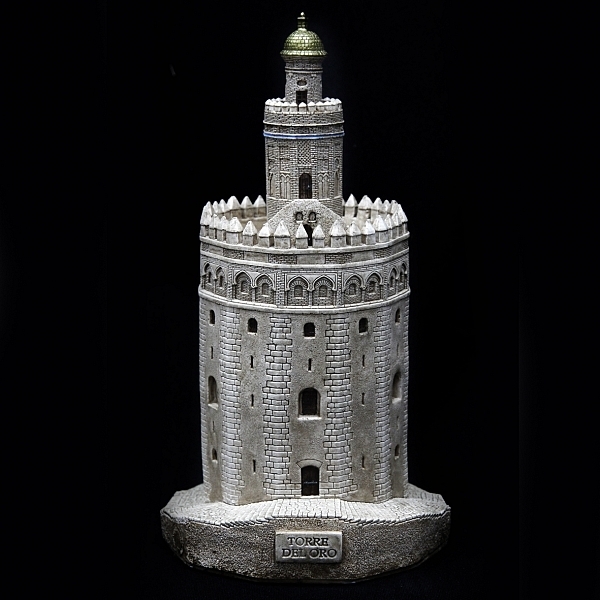 Model of the Torre del Oro of Seville, made of stone reconstituted with resin.

Although much restored, the well-known “Torre del Oro” (Tower of Gold), a name derived from the brightness of the decorated tiles that once covered it, is one of the few remaining constructive remains of the old Alcazar, which, along with the cathedral and the Giralda, is one of its most significant buildings.
The construction of this albarran tower, next to the Guadalquivir and at the end of the walls that started from the Alcazar, dates from the period of Almohad domination in Al-Andalus (around 1220-1221), with a clear defensive function, and follows the pattern of a tower within a tower, with a hexagonal interior and dodecagonal exterior.
It is in this inner tower, which houses the staircase, that the architectural decoration proliferated, based on blind arches of different modulations (lobed, twinned, horseshoe-shaped) and the use of glazed ceramics in the spandrels of the arches.