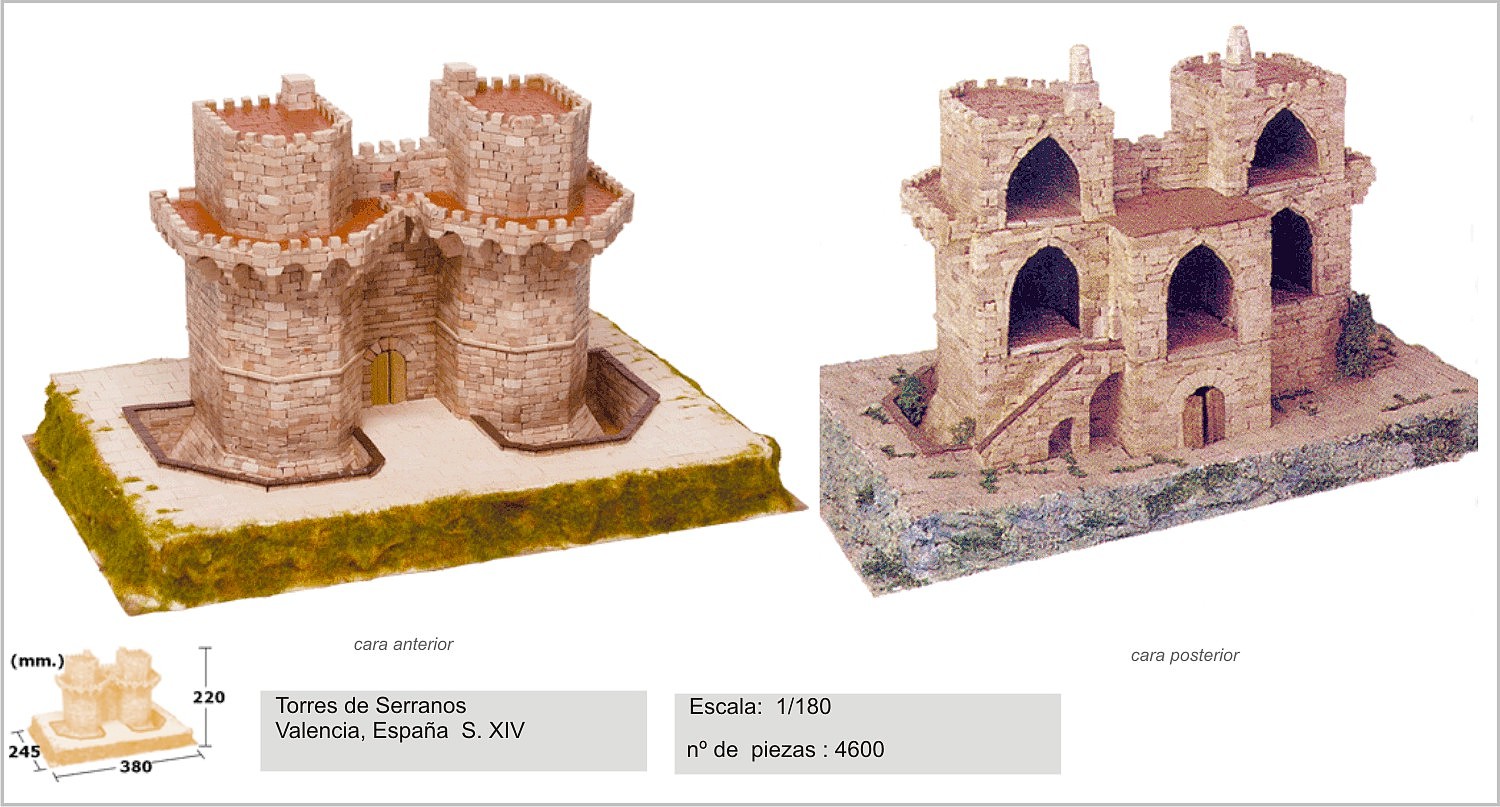 The Serrano Towers formed part of the ambitious walled enclosure ordered to be built by Peter III The Ceremonious in 1356, and Pere Balaguer was the master builder who directed its construction.

Given its defensive nature, its construction is of solid masonry covered with ashlar walls, in limestone from the quarries of Almaguer, Bellaguarda and Rocafort. It has all the elements of the military engineering of the period, its defensive character disappears in the part facing the interior of the city, as the vaulted enclosures have no enclosures; this singularity of the construction obeys the express wish of the Jurors, to prevent the troops of the garrison or attackers from eventually using the towers against the city itself.

The Quart Towers still remain in the city today, flanked by two towers of considerable height and of the same defensive nature.

The central panel above the semicircular arch of the gateway is decorated with fine tracery in the florid Gothic style, in which the coats of arms of the city and the Kingdom stand out.