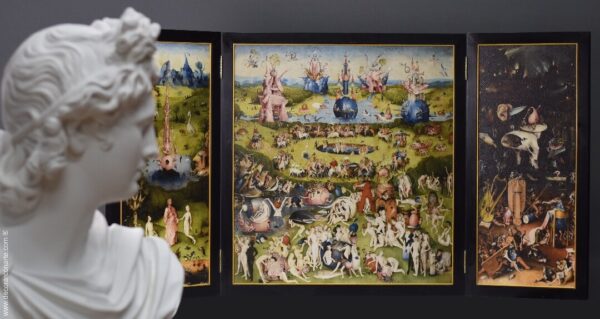 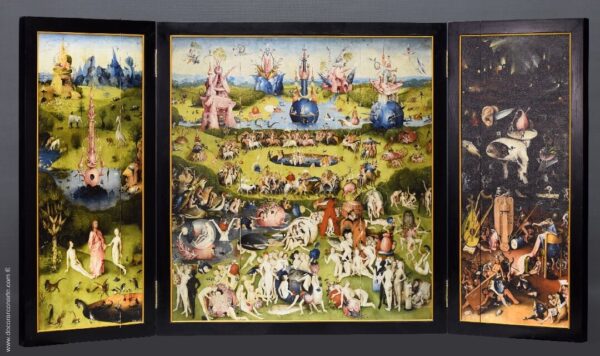 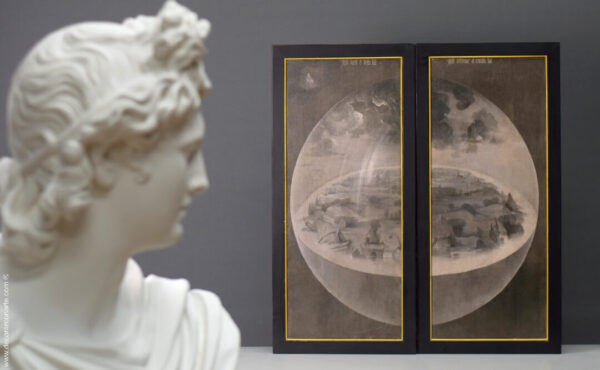 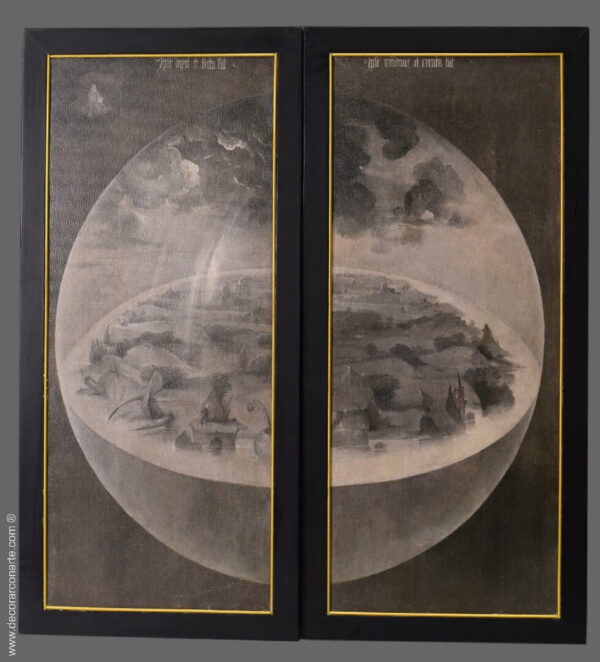 Triptych of the Garden of Earthly Delights by Bosch. 125 x 67cm

Can be shipped in 15 daysStocks: 1

Reproduction of the Triptych The Garden of Earthly Delights by Bosch.

Quality in the Printed Canvases:

This canvas print reproduces the work The Garden of Earthly Delights. The original work is oil on panel, it would have been painted between 1500 and 1505 approximately. The size of the original work is 220 cm × 389 cm, and it is currently on display in the Museo del Prado.

Hieronymus Bosch (c. 1450-1516) is one of the most original Flemish painters. His imagery, the animals, fantastic beings and structures and symbolic elements that appear in his works, especially the one depicted here, make us think of him as a kind of precursor of 20th-century surrealism.  Many of Bosch’s works are satirical and moralising in tone, such as The Hay Cart and The Extraction of the Stone of Madness. Bosch was particularly appreciated by King Philip II of Spain, who acquired several of his works, including the Triptych of The Garden of Earthly Delights.

The exterior of the closed triptych depicts the creation of the world in greyish tones, in contrast to the colourful interior. The interior triptych consists of three parts: the left panel depicts the Garden of Eden, with God’s presentation of Eve to Adam. The central panel is the Garden of Earthly Delights itself, populated by numerous human figures, animals and fruit of disproportionate sizes and strange structures such as bubbles and fantastic constructions, representing the fall of man into sin. The panel on the right is the Inferno, again with imaginative elements, reflecting the deadly sins and the punishment of sinners who are devoured by the bird-headed devil. This work is one of the most original and symbolic in the history of art.

Be the first to review “Triptych of the Garden of Earthly Delights by Bosch. 125 x 67cm” Cancel reply