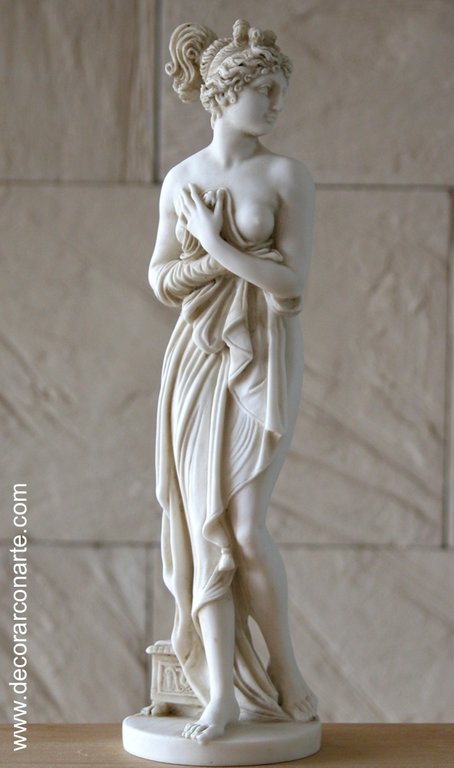 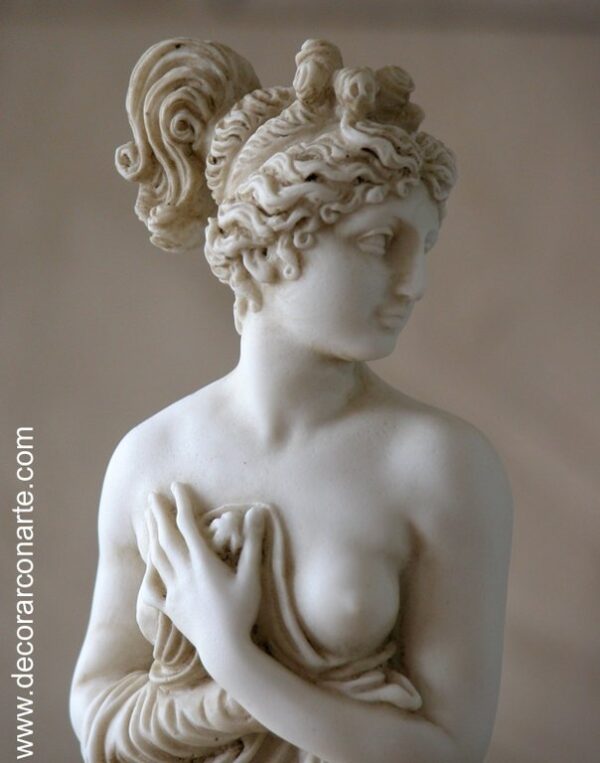 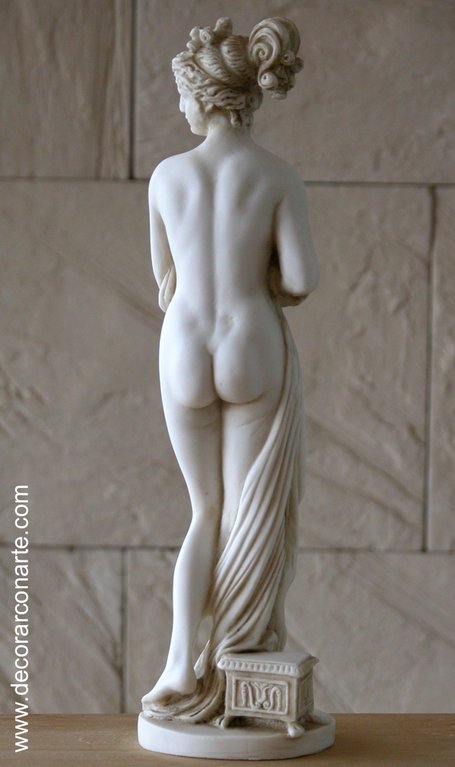 High quality reproduction of a sculpture of Venus of the Bath by Canova, made of reconstituted marble (marble powder with resin).

The finish is made with a light ageing based on natural earths, which gives the statue a singular beauty and texture very similar to an antique piece.

Original sculpture by Antonio Canova ( 1757 – 1822), exhibited in the Gallery of the Pitti Palace in Florence. 19th century. Marble sculpture in a refined neoclassical style. Called Venus Italica, her contemporaries considered her to be on a par with the best Venuses of antiquity.

Venus -Aphrodite is the goddess of love. She was born from the foam of the sea of Cyprus, fertilised by the genitals of Uranus, thrown there by his son Cronus (Saturn) after he had castrated him. Aphrodite is the “Mistress of the smile”, the “braider of deceptions”.

During the trial of Paris, the goddesses Hera and Athena were powerless against her seductive beauty. She was the protector of Troy and of Prince Paris, and later of the Trojan hero Aeneas, son of Anchises and symbolic founder of Rome. She is also fecundity in plant and animal nature. The dove is his bird. His son is Eros – the Latin Cupid – capricious archer with two arrows: one for happy loves, the other for unhappy ones.

Be the first to review “Venus of the Bath of Canova. 32 cm.” Cancel reply