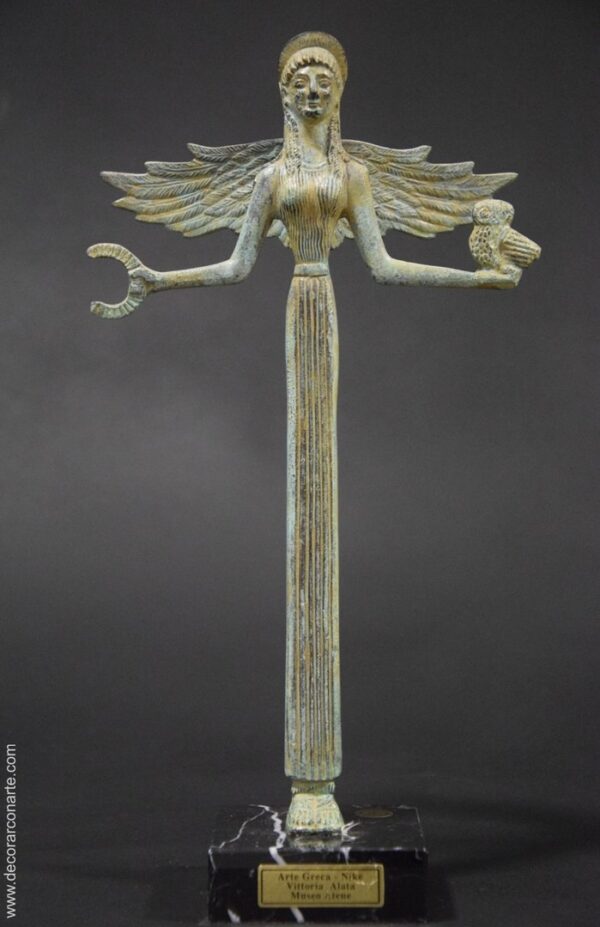 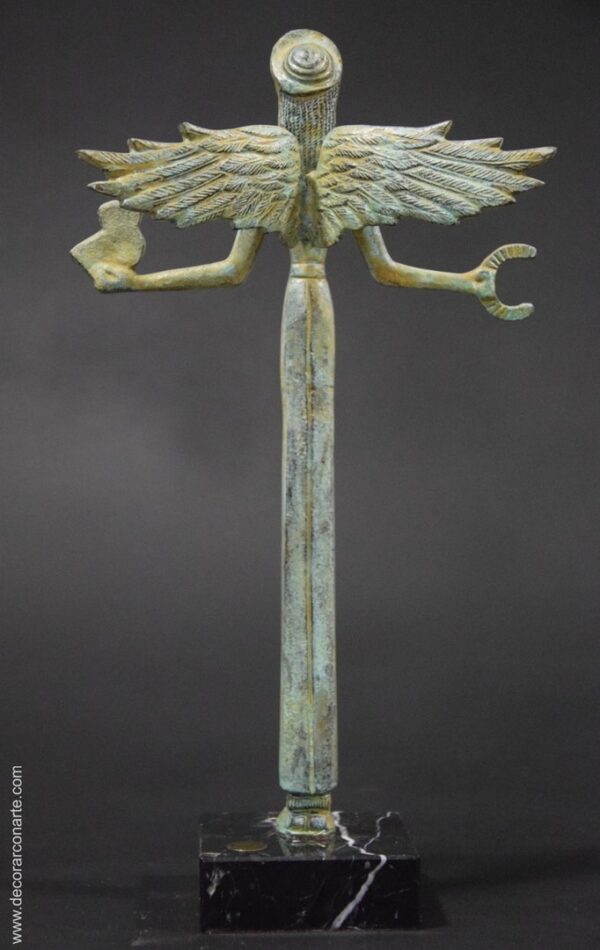 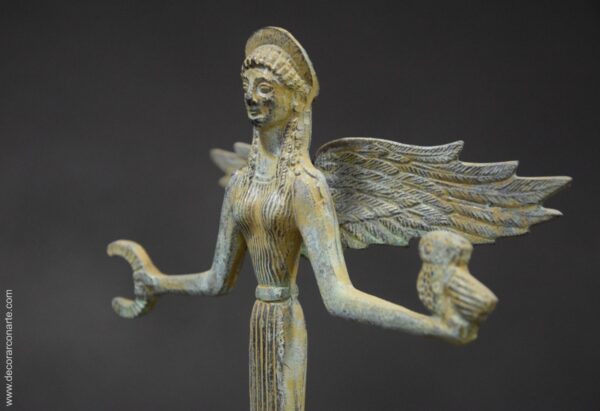 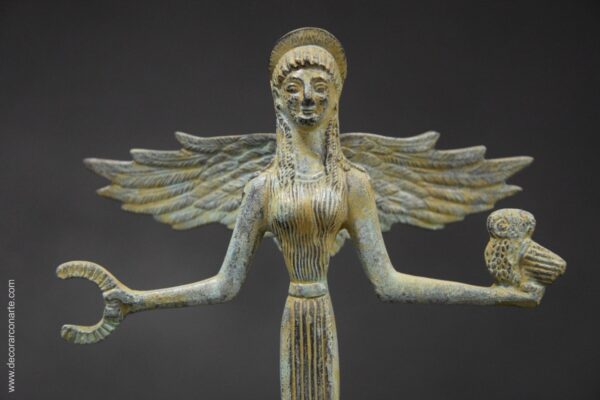 Can be shipped in 3 daysStocks: 3

Reproduction of a figure of Victory made in molten bronze cast in a sand mould.

Reproduction of a statue of the goddess of Victory, Nike. The original is in the museum in Athens. Stylised statue, face in archaic style, holding in one hand the laurel wreath of the victors, in the other hand an owl, the symbolic animal of Athena. Nike is usually depicted winged, sometimes in the hand of a god or goddess, often Athena, in her role as the goddess of war who guarantees victory over her enemies.

Decorative elements, archaeological reproductions from antiquity. Ideal for decoration or as a gift.