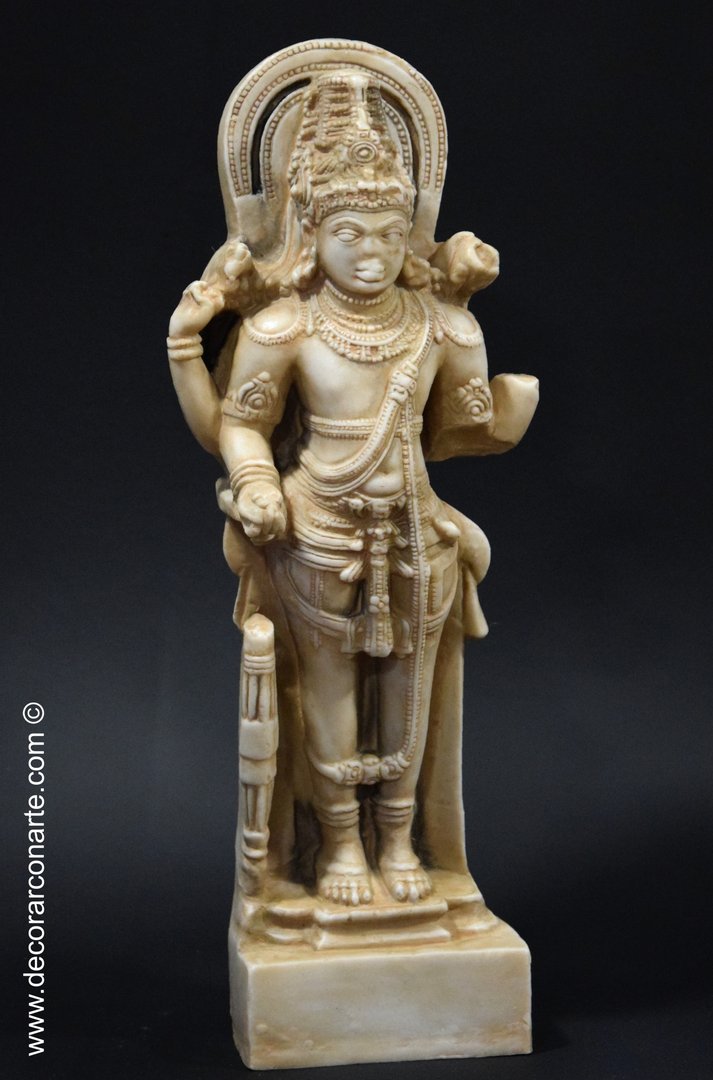 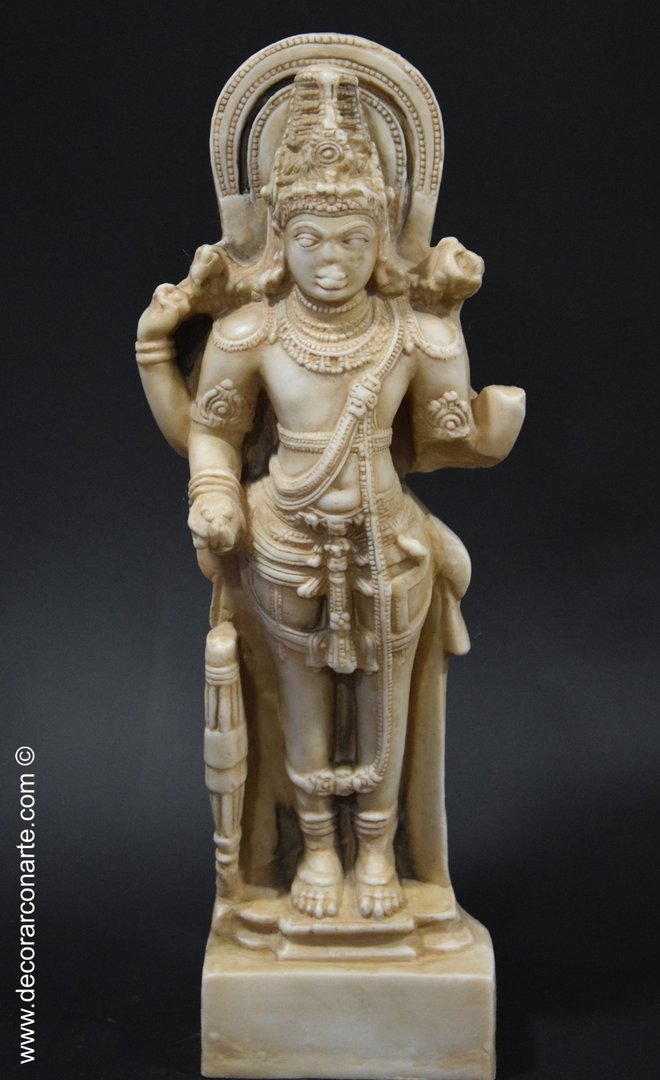 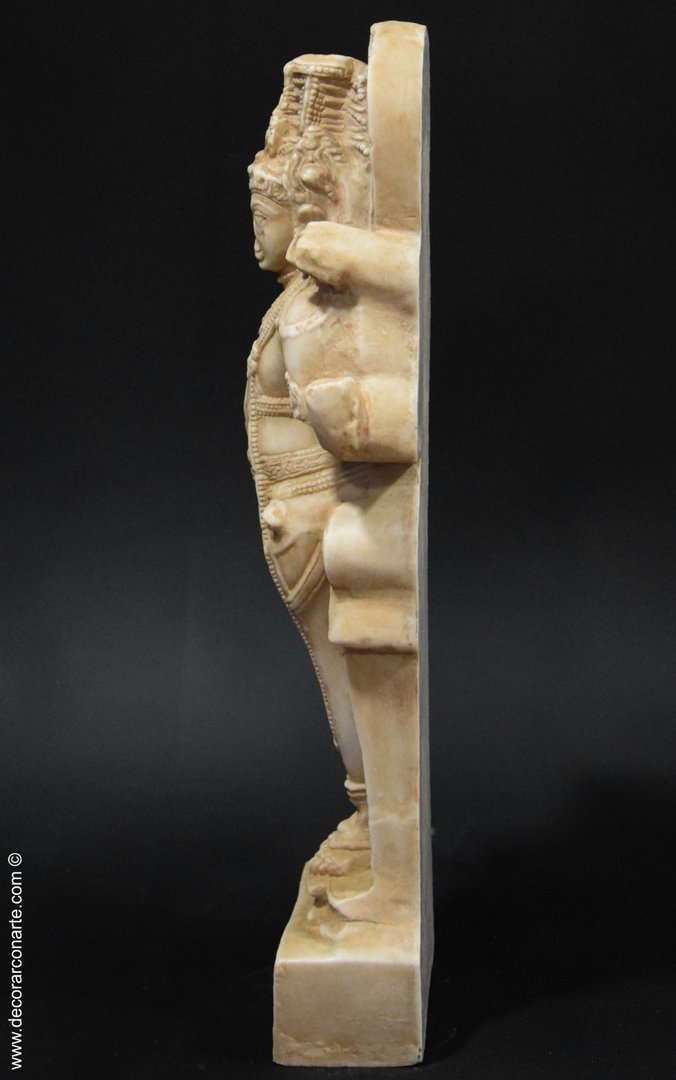 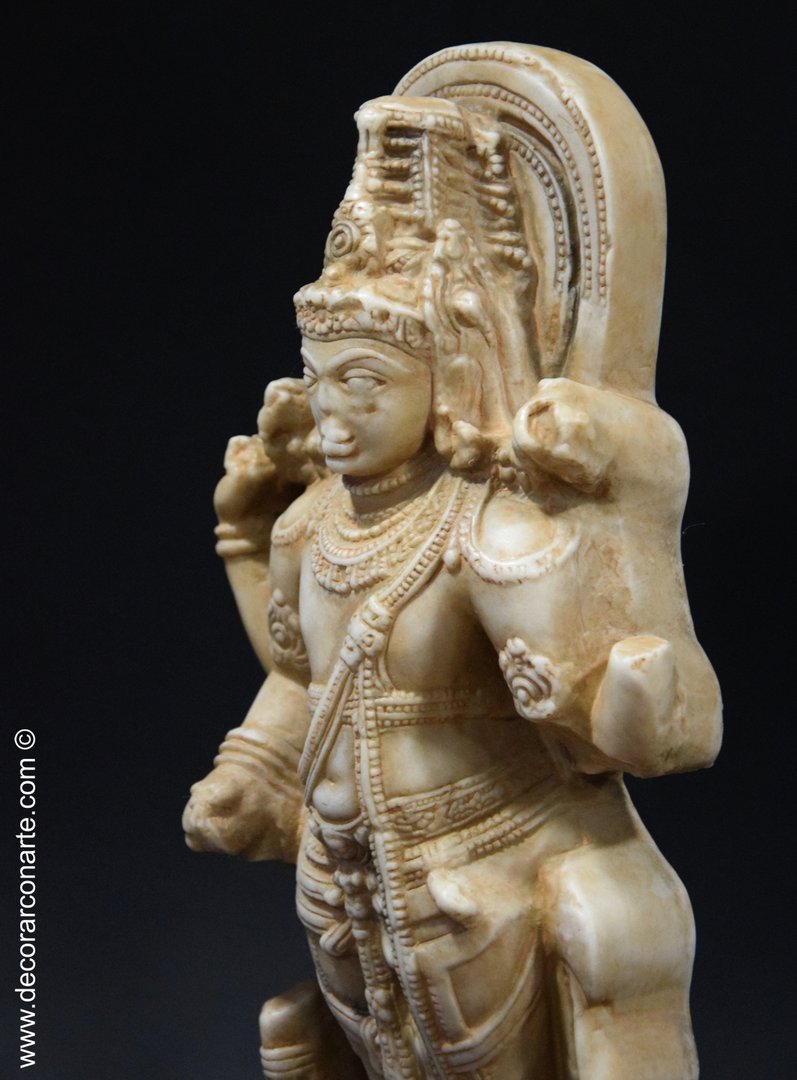 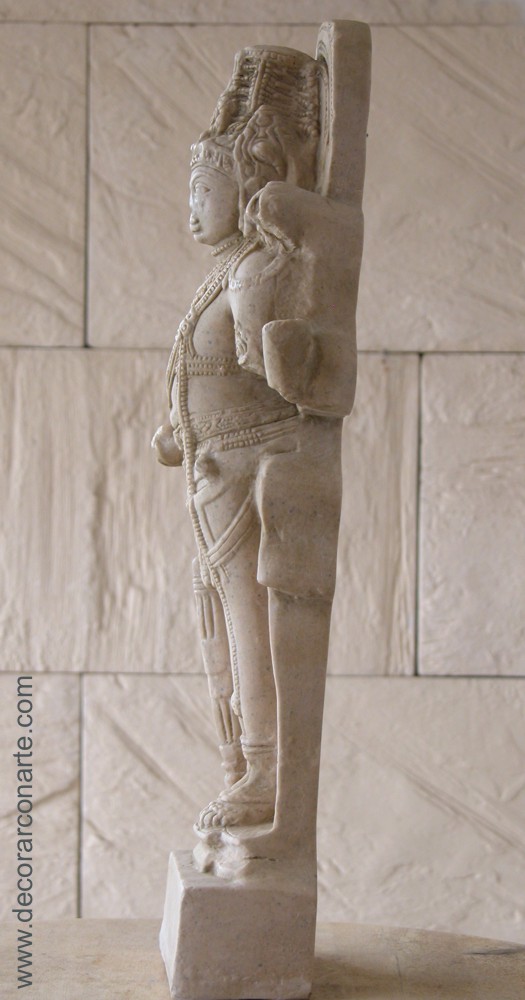 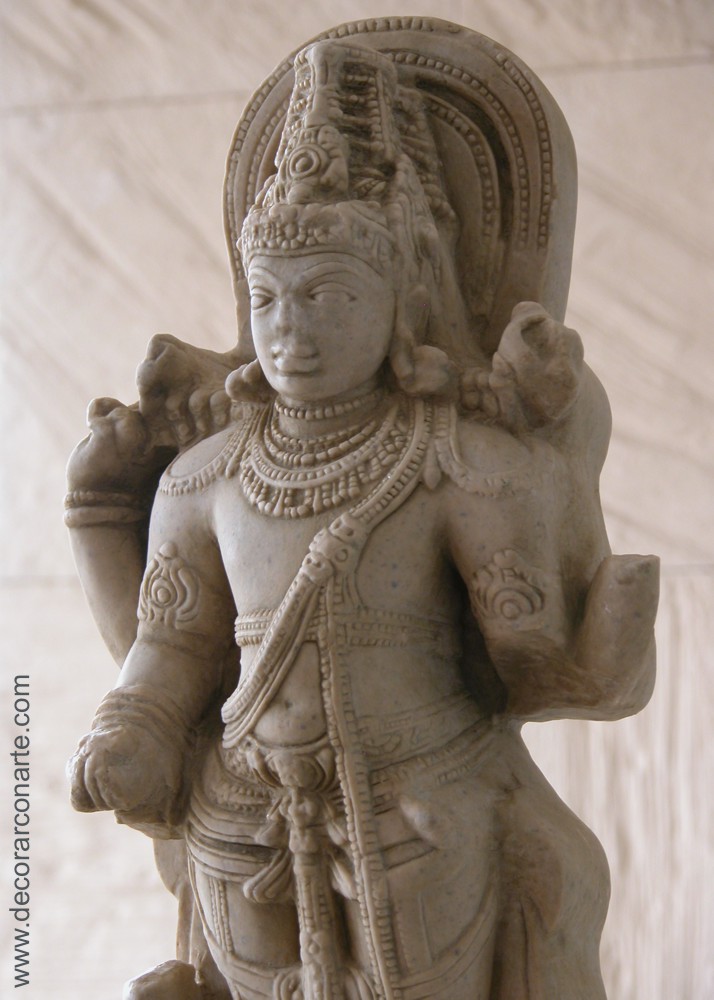 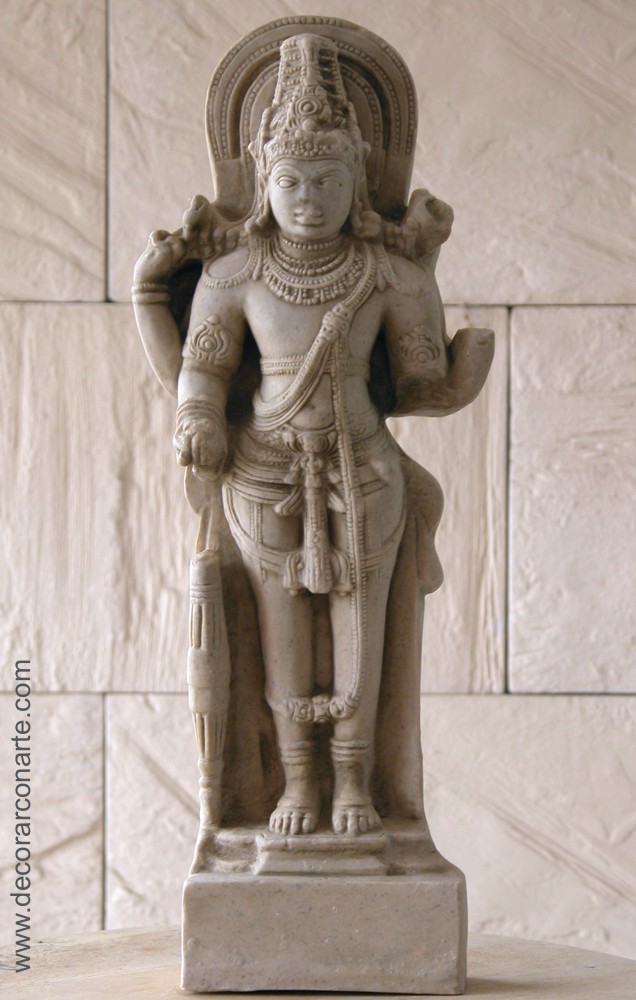 Western Chalukya Dynasty. 12th century. Hampi – Mysore. The Chalukya dynasty had its capital at Badami, where truly magnificent temples were built, the most notable of which is No. 6, which contains a series of colossal statues dedicated to the god Vishnu. The importance of Chalukya art lies in the creation of architectural types from Buddhist art in the service of the Hindu religion.

Vishnu is known as the second person of the Trimurti or Hindu triad.  He is “The Preserver” and in the Vedas he appears as a minor deity.  His wife is Lakshmi and he is carried by the bird Garuda or the serpent Sesha; his heaven is Vaikuntha. He is represented as a young man with four hands carrying: the panchajaya or seashell, elvajranabha (a chakra or disc), a mace and a padma or lotus.

Be the first to review “Vishnu (Alt: 47 cm)” Cancel reply