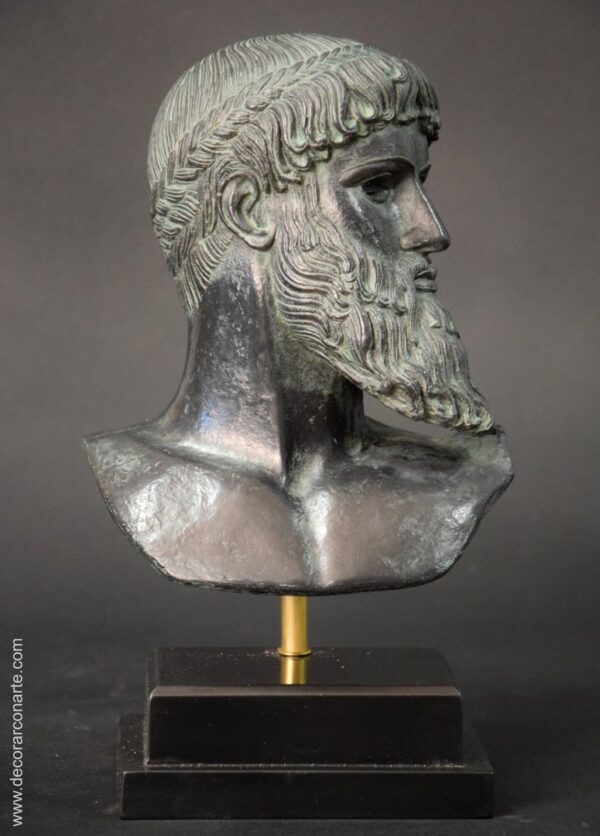 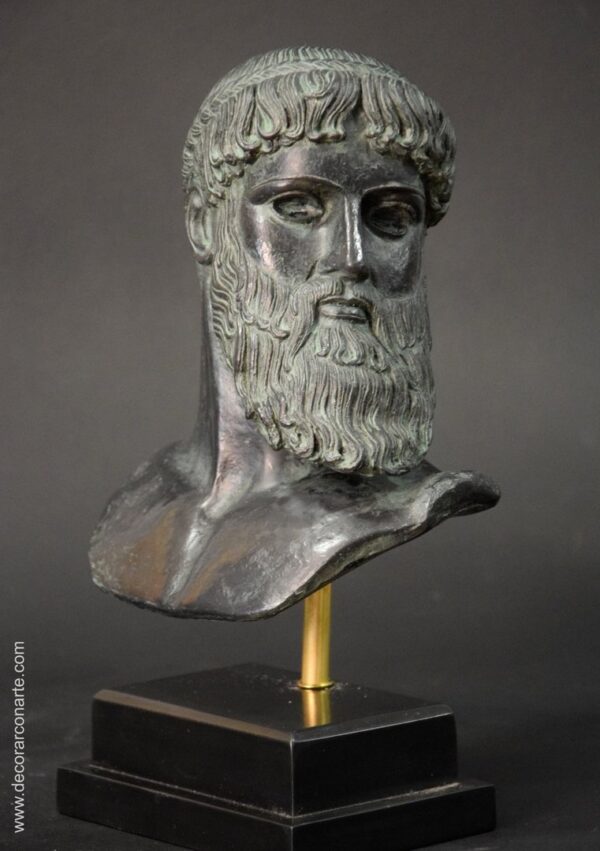 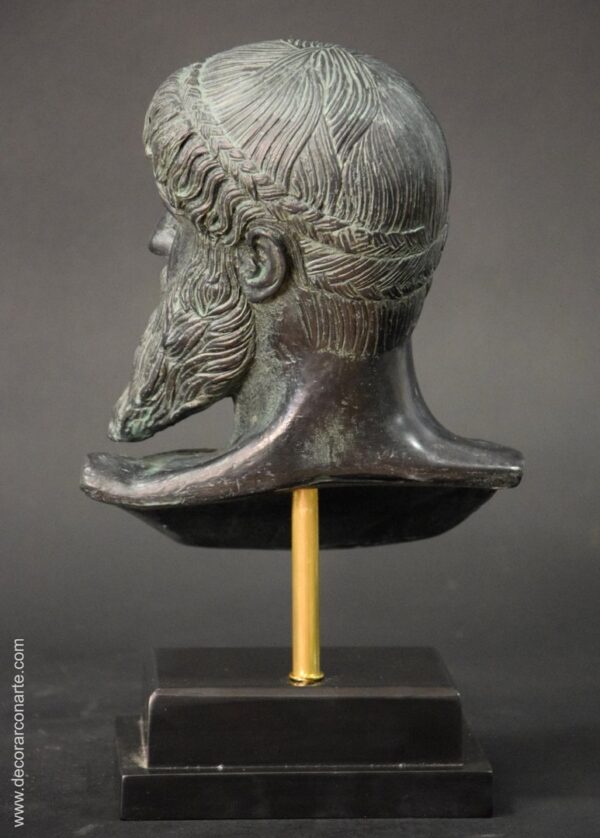 Head made in reconstituted marble (marble dust + synthetic resin) with a finish in ancient bronze, supported by a golden iron foot over a black base of synthetic resin, which enhances the elegance of the piece.

Reproduction of the head of the Artemision Bronze

This is the head of the statue of the God of Cape Artemision: it is not known whether it represents the god Zeus throwing a thunderbolt or Poseidon throwing his trident. It is a Greek bronze statue, which is in the National Archaeological Museum in Athens. The statue has been dated to around 460 BC, in the severe style, a transitional period between archaism and classicism. The frontality and staticism of earlier periods have been abandoned, but the figure is still supported on both feet, despite the fact that dynamism is beginning to appear.

Be the first to review “Bust of Poseidon – Zeus. Height: 30cm” Cancel reply