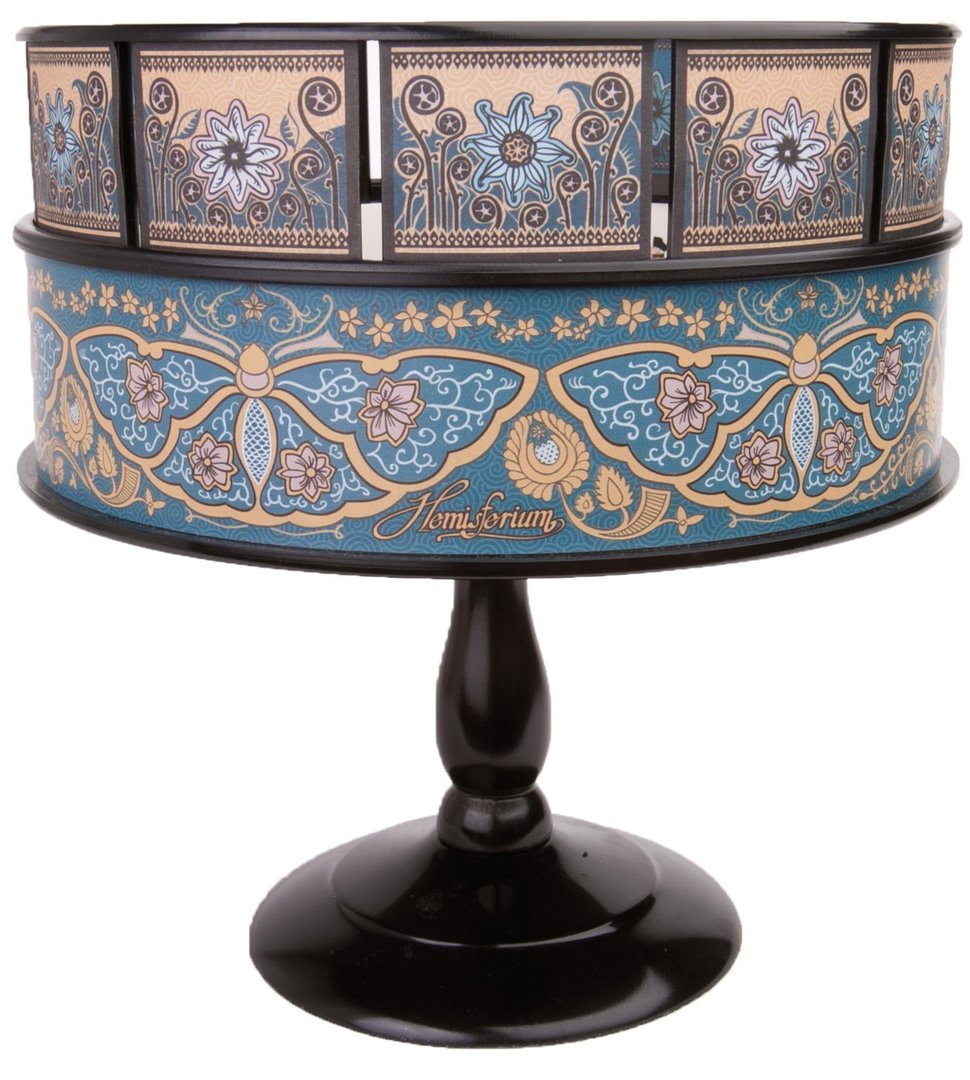 Zoetrope. Original was made in 1834 in England. Viewer of animated strips “on movement”.
Consist on a ABS drum with “slots”supported on a zamac laquered base. 20 Images (printed colored paper strips)
Box size: width 24 X 23 X 23 cm. Total weight (including packaging, strips and instructions): 1500gr