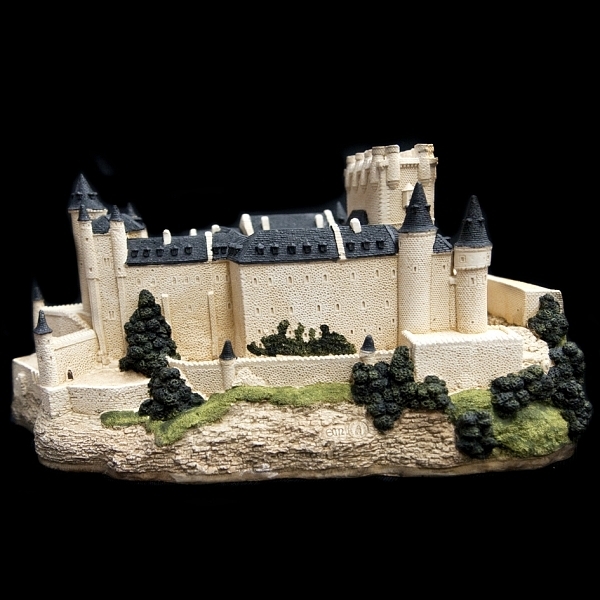 Model of the Alcázar of Segovia made of marble reconstituted with resin.

Model of the Alcazar of Segovia. In the 15th century, the kings Juan II and Enrique IV transformed the interior of the old 13th century fortress, built at the confluence of the rivers Eresma and Clamores, into a sumptuous Gothic palace presided over by a new Homage Tower, with its exterior decorated with the characteristic Segovian sgraffito.

The War of the Communities ruined the building, and Charles V rebuilt it with a markedly palatial character.

However, its characteristic silhouette is the work of the reign of Philip II, who imposed his taste for Nordic architectural elements on it: staggered pinions, spires and slate roofs. Charles III installed the Artillery Academy there, which was moved in 1862 when the Alcázar was destroyed by fire. Restoration work accentuated its romantic silhouette, in keeping with the tastes of the last century.