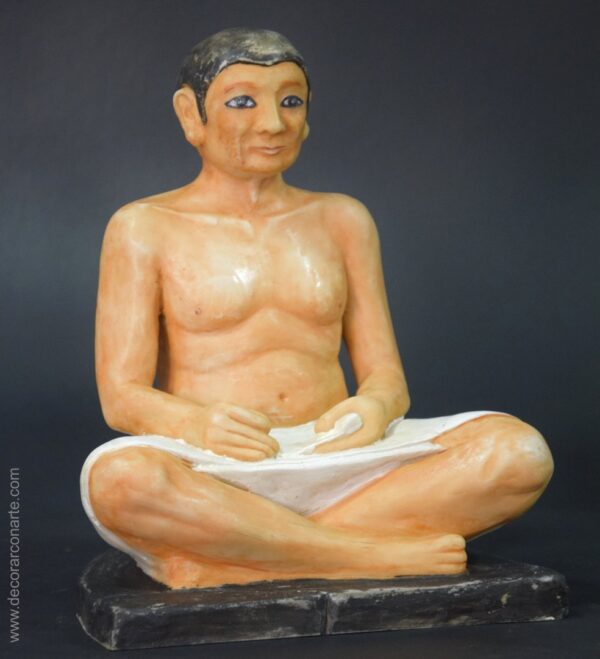 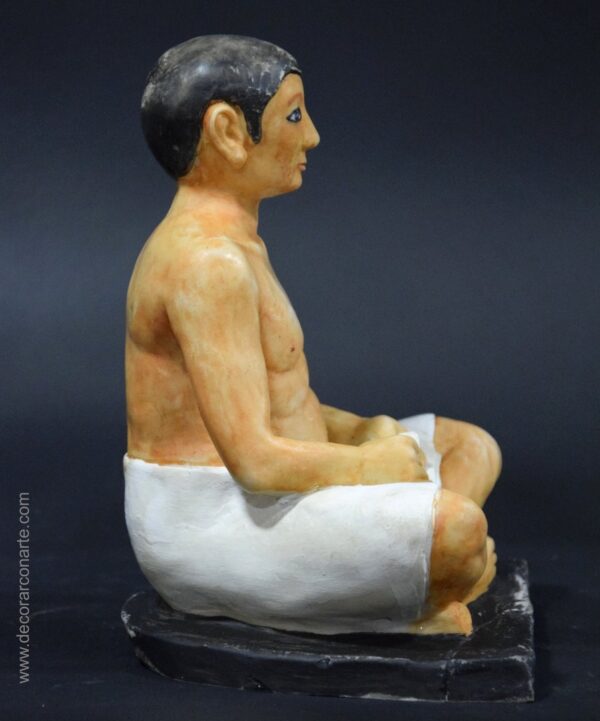 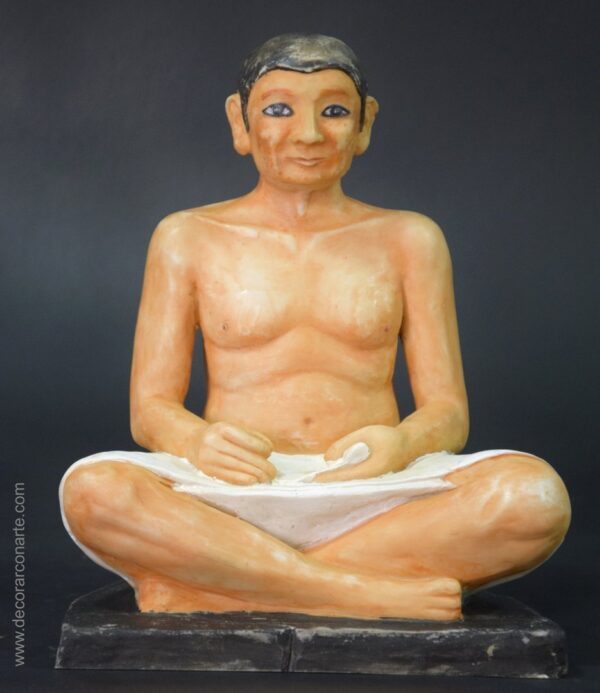 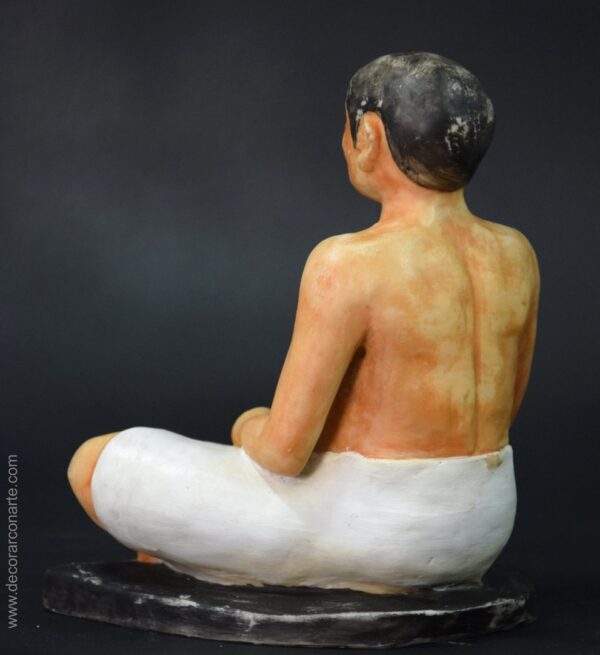 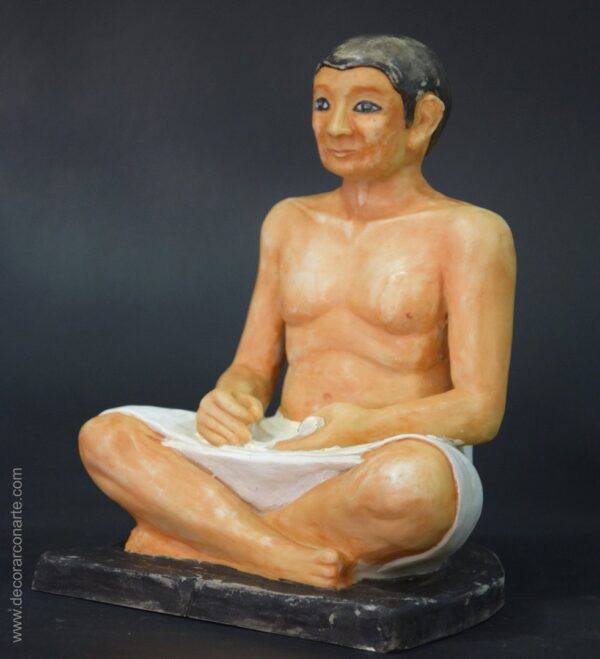 Reproduction of an Egyptian scribe from the Louvre. Sculpture made of reconstituted marble (resin + marble powder), polychrome.

The famous statue presented here, the original of which is 53 cm high, shows an Egyptian scribe, and is one of the Saqqara materials collected in the mid-19th century by the archaeologist Auguste Mariette to enrich the Louvre collection.

It is known that his name was Kai, son of Hamset, and there is another sculpture, in the same museum, in which he is not shown as a scribe, but seated on a throne, probably as part of a court, or giving an audience. Because of his rigid frontality, the expression on his face, and perhaps also because of the vivid colouring of the painting that still remains, the great personality of this high official, generally called the Scribe of the Louvre, or the Seated Scribe, has always been striking.

Dressed in a skirt, he is seated with his legs crossed, in the normal position for writing; with his left hand he holds a partially unrolled roll of papyrus, and the position of his right hand leads us to suppose that he is holding a calamus, or writing pen. The eyes are of ebony, with the glass pupils inserted in a copper capsule; the effect achieved is so realistic that it seems as if his gaze is following you around the room.