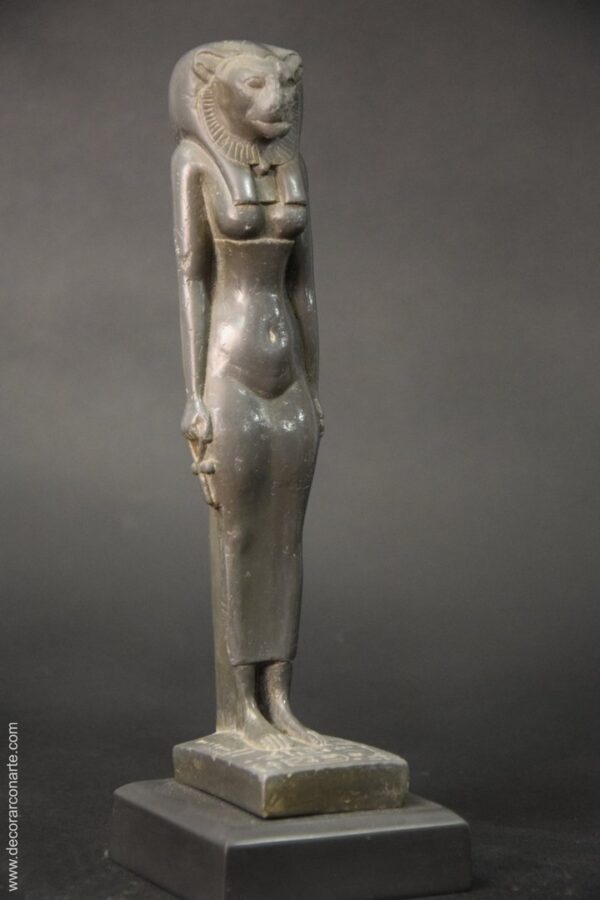 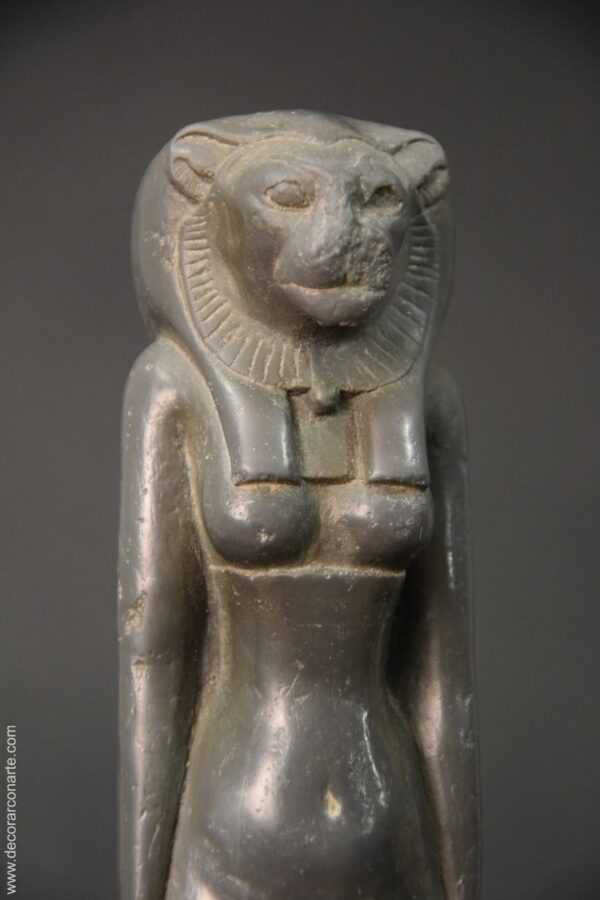 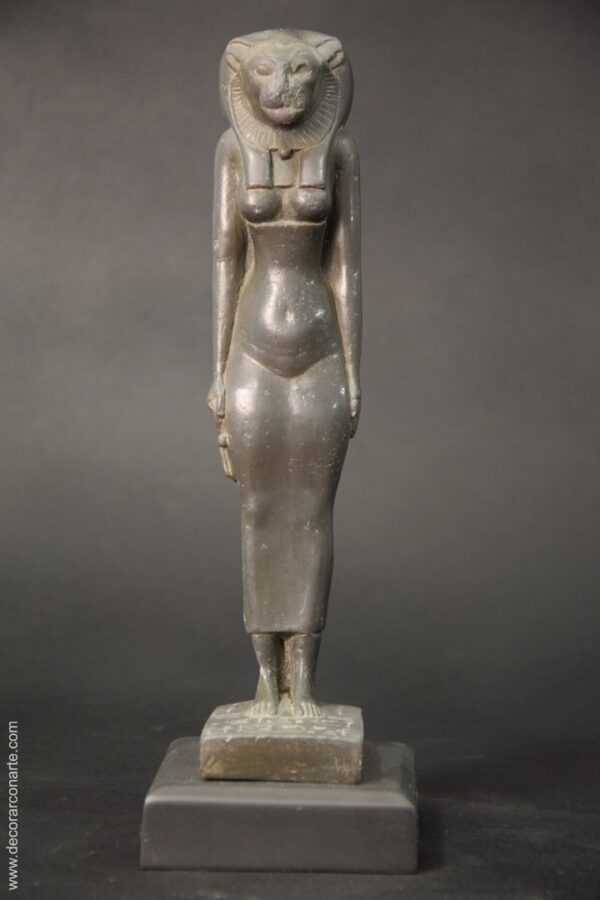 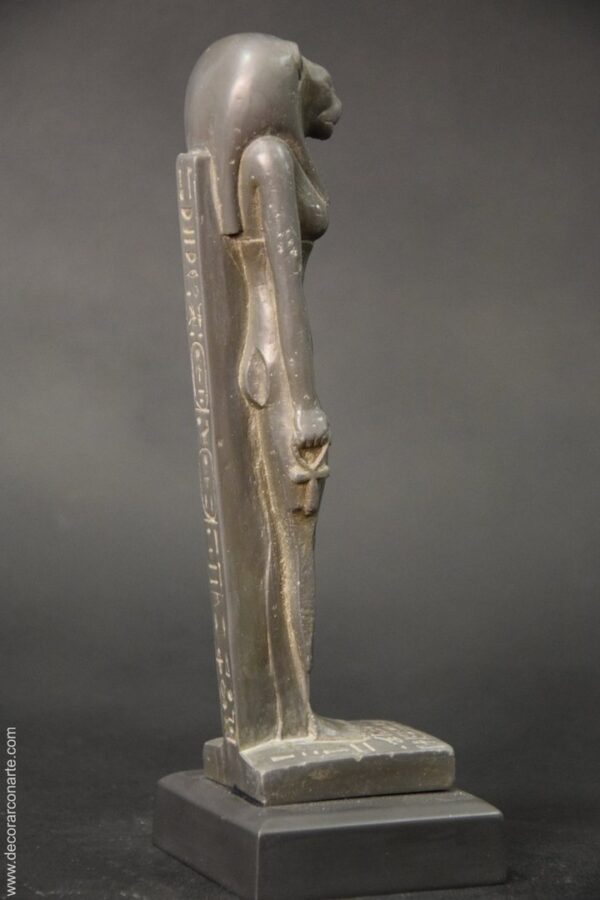 Egypt. Kingdom of Piankhi. XXV dynasty, towards 740-713 BC Original limestone. Louvre Museum. Paris. The City of Memphis yielded worship to this goddess, daughter of the god Ra, the creator Sun, and wife of Ptah, peaceful and tranquil God, protector of the artists. In Egypt it was called “the powerful”, “The Lady”, and its energy reached even the Warriors, who also took it as patroness, since Sekhmet is the goddess of war. It represents the will and the strength of the soul. It symbolizes the destiny, understood this one as application of the law of cause and effect, ie, it executes on the earth the Divine designs. His claws had a reputation for reaching every man who was missing the law.
Among the ancient Egyptians the observation of the annual cycle of the Nile, with the floods of the river alternating with the droughts, created the myth of this goddess. Shu, the spirit, and Thot, God of wisdom, went to fetch her to the eastern deserts of Nubia, where she dwelt, and managed to appease her. The fire lioness then took the character of the goddess-Gata Bastet, a friendly feline, who brought the Nile fertilizers. In the piece that we present here, standing, the goddess Sekhmet has a lioness head, and her gaze, with eyebrows in the form of a circumflex accent, give her a fearsome and fierce appearance. In his hand carries the Ankh, or “key to life.”

Be the first to review “Figure of Sekhmet. H: 25 cm” Cancel reply