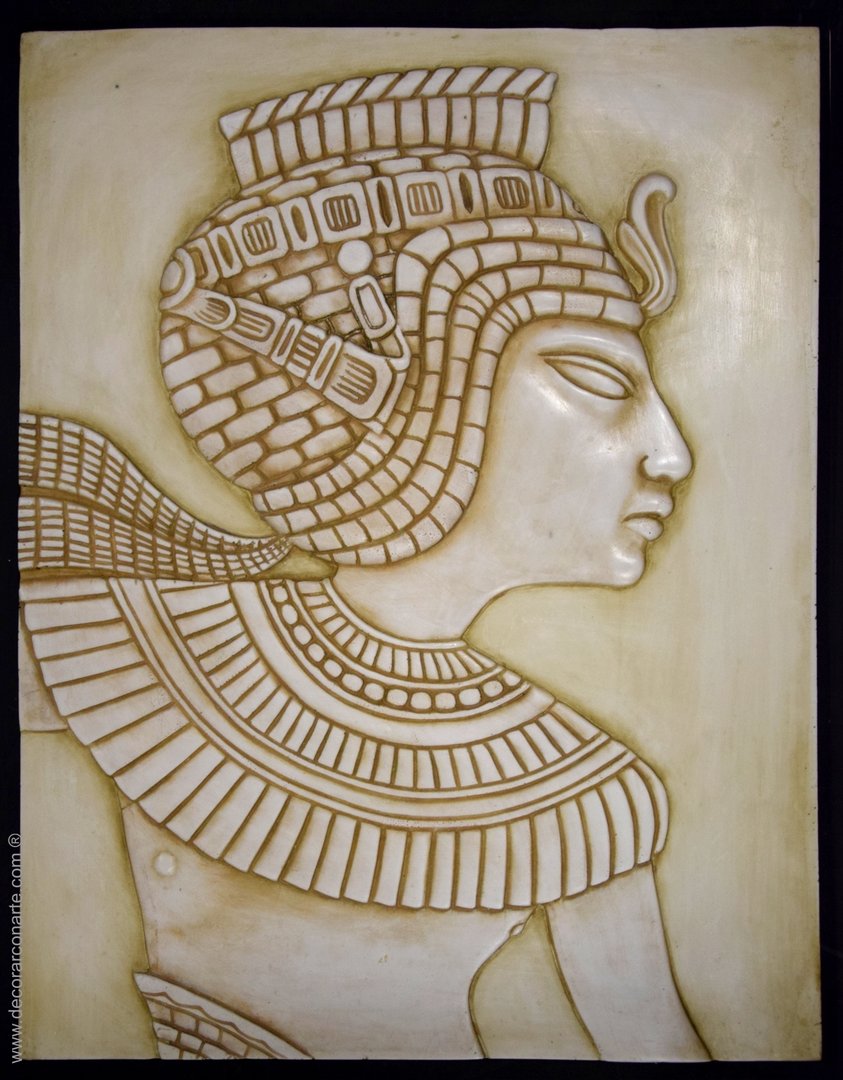 Can be shipped in 7 daysStocks: 5

Reproduction made of marble resin (marble powder + resin). The patinas of ageing are applied with natural earth.

The piece we reproduce is a bas-relief of the pharaoh Akhenaten, inspired by the engravings on the chair found in the tomb of Tutankhamun in ancient Egypt.

Akhenaten was originally called Amenophis IV but changed his name to Akhenaten meaning “Horizon of the Aten”, he was the tenth pharaoh of the 18th dynasty of Egypt.  His wife was the famous Nefertiti and his son-in-law, Tutankhamun. His reign is dated to around 1353-1336 BC and belongs to the period known as the New Egyptian Empire. He famously made the god Aten the sole deity of the official state cult, to the detriment of the hitherto predominant cult of Amun and the other gods of the Egyptian pantheon.