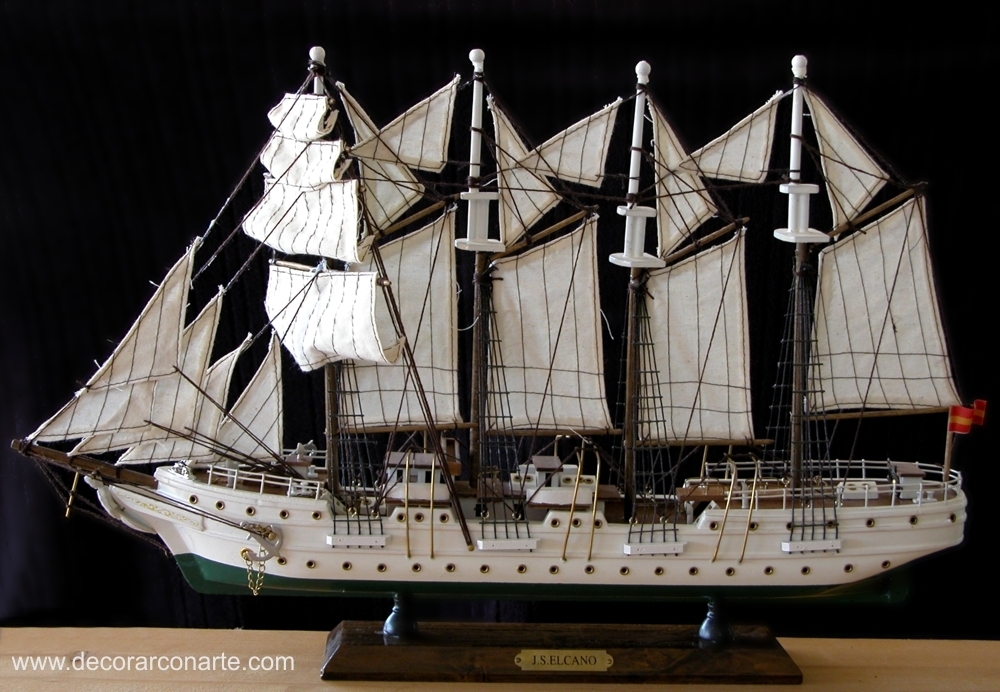 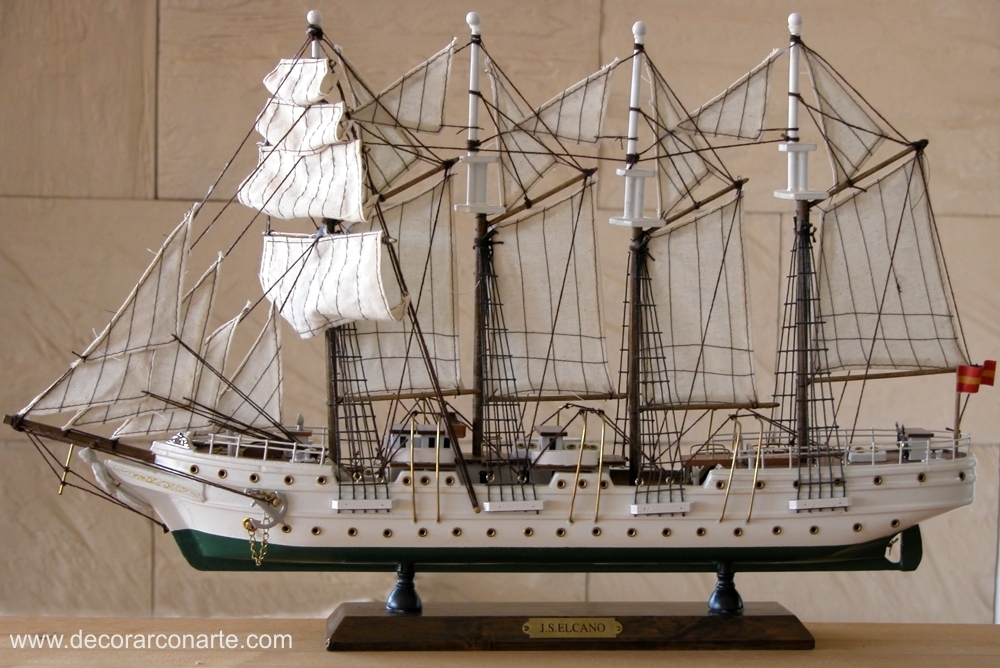 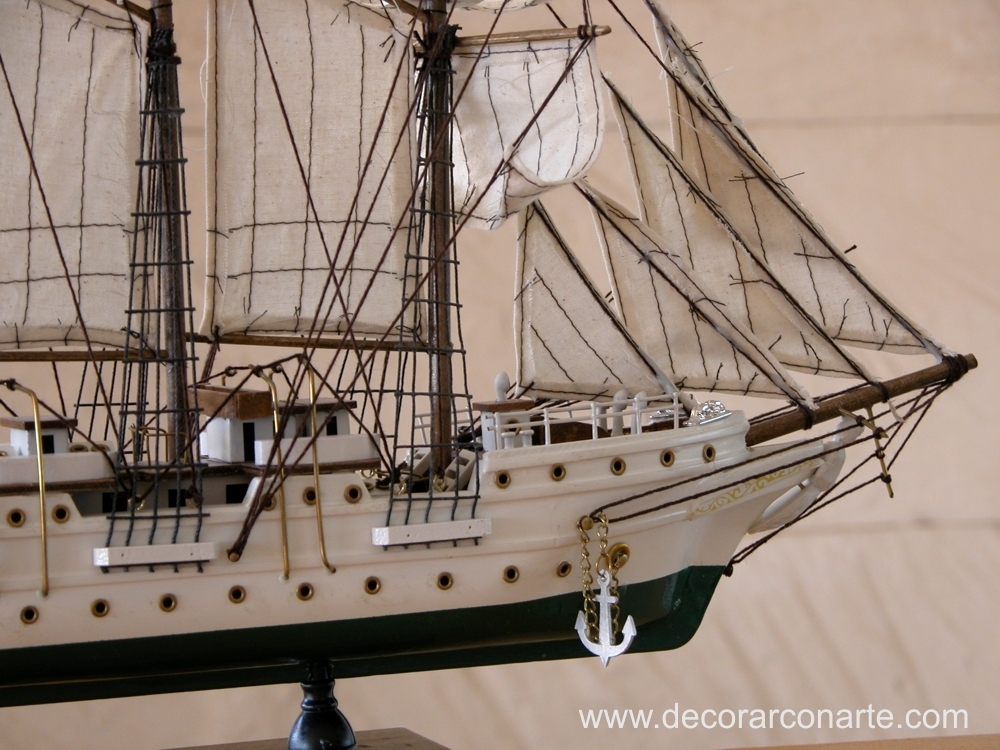 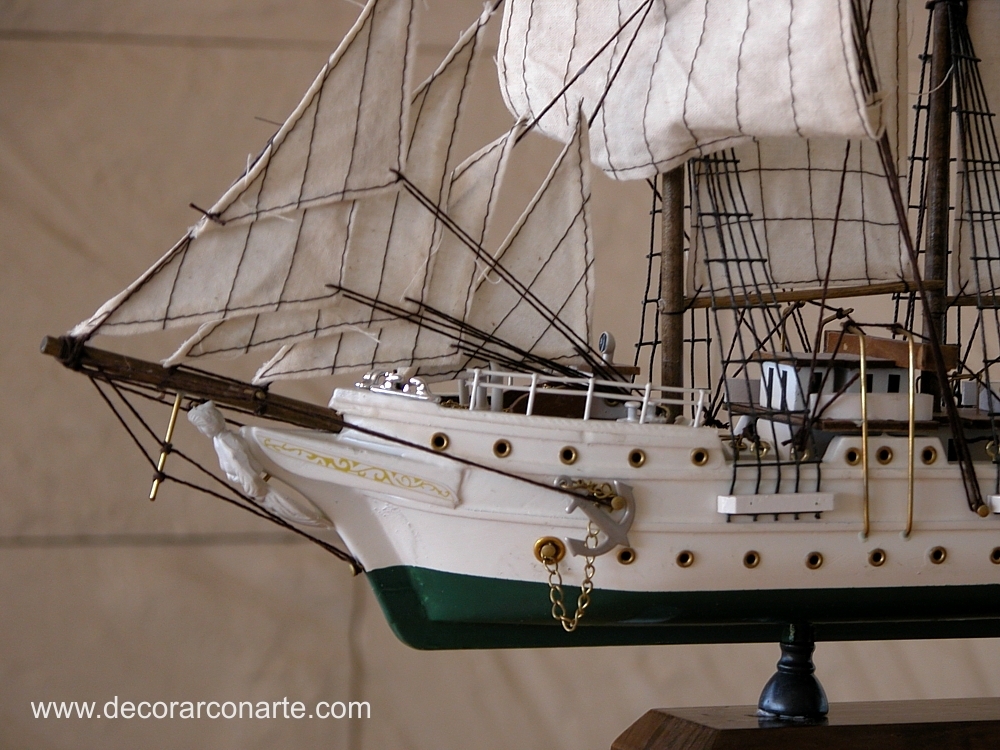 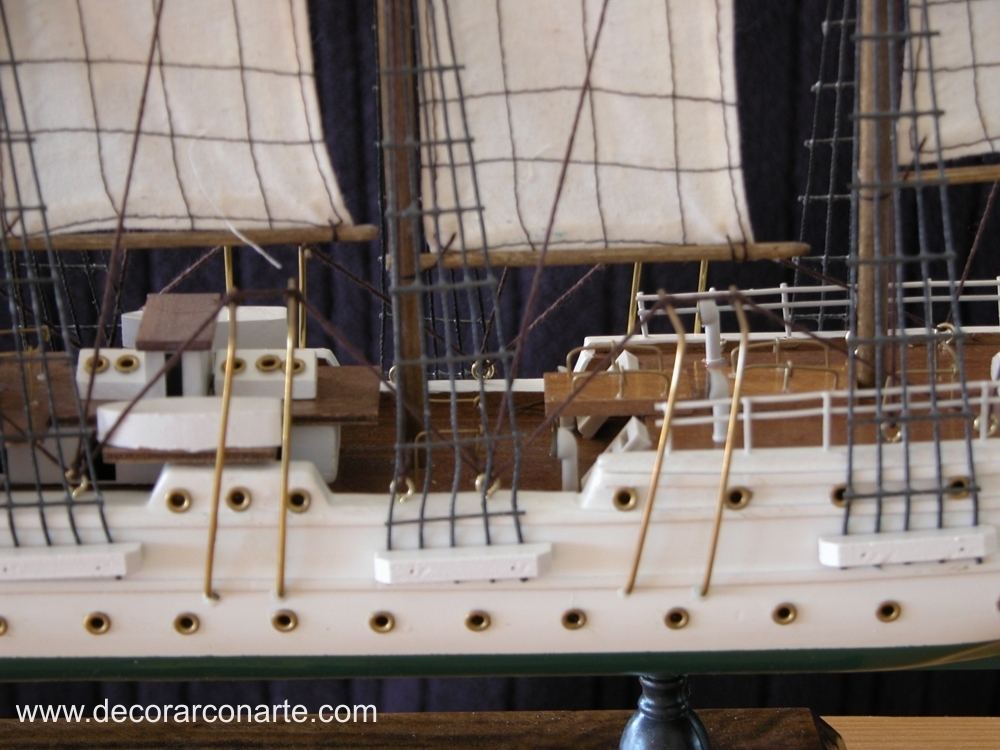 Boats made of quality materials, wood and textiles.Great precision and care details.

The training ship Juan Sebastián de Elcano is a Spanish Navy Brig.
It has four masts with the names of Blanca, Asturias, Almansa and Nautilus, names of four school ships that preceded it. It is named by the Spanish Explorer Juan Sebastián Elcano, Captain of the expedition, after the death of Fernando de Magallanes, which completed the first voyage around the world in 1522. The ship also carries the coat of arms of Elcano, which was granted to the family by the Emperor Carlos I after the return of the expedition Elcano.
The coat of arms is a balloon globe with the Latin motto “Primus Circumdedisti Me” («were the first to circumnavigate me”).