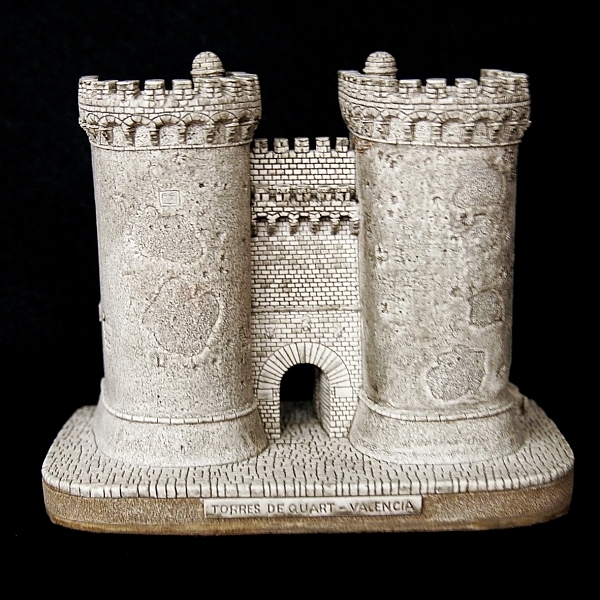 Model of the “Torres de Quart” of Valencia, made of stone reconstituted with resin.

Of the primitive wall of Valencia, built by order of Peter the Ceremonious in the 14th century and destroyed in 1865, two of its entrances remain. One of them is the so-called “Puerta de Cuarte” (“Torres de Quart”), built in the mid-15th century (1441-1460) by the master builder Pedro Bofill.

Inspired by Neapolitan constructions, the gate is garnished by two large and robust semi-cylindrical crenellated towers. Given its eminent defensive character, there are no openings on the outside, while on the inside, on the façade facing the city, there is an intricate network of doors and staircases that allow access to the interior floors. Its accentuated sobriety is minimally altered by battlements and the occasional decorated impost above the entrance door and framing various secondary entrances.

An architectural example that summarises the pride and power of the city of Valencia at other times in its history.